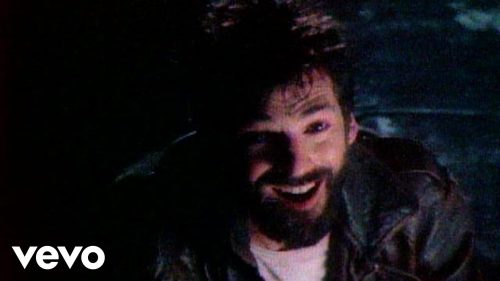 I can’t lie to ya’ll—there’s few songs from this decade, or any other that pump me up harder than this Sir Kenny Loggins jam. It’s literally on my CD of car jams blasted at peak volume with the windows rolled down. By the way— did I just write “Sir” Kenny Loggins? Yes, I most certainly did.

If you’ve been around for the duration of this countdown, you know how I feel about Loggins when he first appeared at No. 93 with Danger Zone.  I wrote the following: “Let’s make one thing abundantly clear before proceeding. When  on the pages of MoranAlytics you’ll refer to Kenny Loggins as “Sir” Kenny Loggins.  You’ll do so without fail.  Neglecting to address the utlimate movie soundtrack performer of all the times as anything other than Sir Kenny Loggins will find you eternally banished in these eyes.”

Dude was a movie-soundtrack God in the 80s, and this selection (along with several others) offer evidence.

Footloose is on my (very) short list of favorite 80s movies, and that goes double for movie soundtracks.  Sir Kenny has not one but two contributions to the Footlose soundtrack—and this countdown.

I’m Free (Heaven Helps The Man) is about a guy trying to win back the heart of a girl he desires in spite of a myriad of hindrances  blocking his path. The video is total kick-ass; with a rebel Sir Kenny busting out of prison, hiding from cops and getting an assist from a gang in finding his girl. He finds her in the bedroom because of course he does—he’s freggin’ Kenny Loggins and they escape together.  At the dramatic conclusion of this video masterpiece they’re surrounded by police, but the gang arrives and brawls with the cops, allowing Sir Kenny and his girl to bolt again.

Chart Success: In what can only be described as a travesty, this song only reached No. 22 on the Billboard Hot 100.  It stayed on the charts for 14 weeks, but failed to land on the 1984 year-end Billboard Hot 100. That’s some bullshit right there.