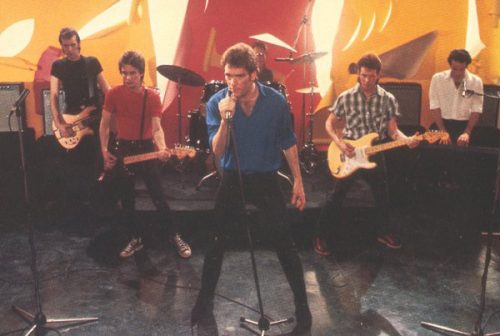 I love me some Huey Lewis & The News, and this song is my favorite amongst many of their formidable choices.  It’s also mandatory that “The News” gets their props from me. Because Lewis was the face of the group and lead singer it’s easy to only refer to them as Huey Lewis, but the backup vocals of his bandmates are critical to this song’s success, similar to Billy Joel’s doo-woppers in 80s hits like Uptown Girl and The Longest Time.

I didn’t realize until compiling my list this was actually the group’s first top ten hit. I do know it came prior to their commercial giant “Sports” album, easily on my short list of favorite LPs of the decade.

I loved the music video, which was a mainstay in the MTV early days.  The video shows the band do everything together, including serenading a woman in her bed while she lies sleeping and another scene where they’re literally all in the same bed.  She must’ve had too much to drink, as she seems dead to the world.  Either that or she’s creeped out and playing dead.

Such a fun song—during an enjoyable time for pop music.  This song’s impeccable hooks make it amongst the preeminent mainstream hits of the 80s.

“I was walking down a one way street
Just a lookin’ for someone to meet
One woman who was looking for a man
Now I’m hopin’ (hopin’) that the feeling is right
And I’m wonderin’ (wonderin’) if you’ll stay for the night
So I’m coming (I don’t want to be lonely baby please tell me)
I want to love you all over.”

Fun Fact: This is the second of two Huey Lewis & The News songs on this countdown, but it wasn’t close to their biggest hit.   The band had eight hits inside the top six including three number-ones: Jacob’s Ladder, Stuck With You and Power Of Love (No. 58 on this countdown).