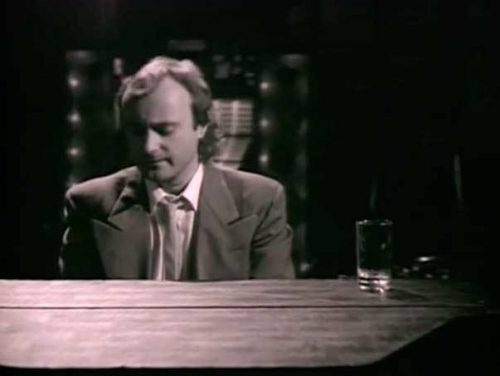 If I were to put together a Mt. Rushmore of 1980s pop albums, Phil Collins’ “No Jacket Required” would warrant serious consideration for a spot. It produced five hits, and none I enjoyed more than “One More Night”.

One of my favorite things about Collins and there’s plenty to choose from, was his ability to produce commercial hit music both slow and up tempo seemingly equally.

This is one of my two favorite Phil slow jams.

I’m embarrassed to admit this, but as a 13-year old not yet in the arms of a female I rehearsed slow dancing alone with “One More Night” on my mixtape as the backdrop. I mean, young or old you recognize this song is about a guy begging to give the girl of his dreams just one more night to prove how committed he is to her. How freegin’ romantic is that?

What the hell—I want to pop a lighter in the air and sing just thinking about it right now.

I’m aware the 80s are more widely known for “cheesy” pop and hard rock more than anything else, but I’ve been impartial to great slow jams for as long as I can remember. Maybe that’s why most my friends secretly hate me.  Regardless, this cemented Collins’ reputation as an influential tender balladeer.

Fun Fact: This was Collins’ second number-one hit. He’d end up having six number-ones in the decade.  The others were: Another Day in Paradise, Against All Odds, Two Hearts, Groovy Kind of Love and Sussudio.