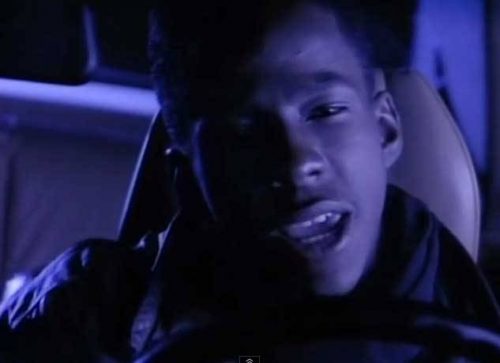 If you polled a bunch of fans and asked for their favorite Bobby Brown song I’m confident “My Prerogative” or “Every Little Step I take” would top most lists.  While I appreciate both tunes and particularly the latter, my choice would be neither.

“Don’t Be Cruel” may not have been Browns’s biggest hit off his album sharing the same title, but for me it was the best.  Released in ‘88, it perfectly blended R&B with hip hop and from my memory at least, one of the first to do so with commercial success.

As a high school teenager constantly in and out of relationships and subsequently blaming the girl for every botched romantic connection, I instantaneously vibed with the song’s message.  Brown sang (and rapped) about working his ass to give his girl everything she could want, while she reciprocated his efforts by treating him like shit. Of course, I was pretty much delusional as a teenager.  For starters I wouldn’t exactly say I was “working hard”, unless you consider 8-10 hours per week at the corner market as grinding.  Also, I was pretty much a narcissistic douchebag, as my “biggest ego” award in our senior poll implied so if I got treated like shit I’m sure it was merited, but I digress.

Babyface and LA Reid co-wrote this song because they pretty much penned every Pop/R&B hit back then.  The rap part of the song was mostly written by Daryl Simmons, although Brown thought the original rap portion of the song was whack and wrote part of it himself.

If you’ve paid attention to my countdown thus far and continue moving forward you’ll notice a lack of choices from the later 80s. I didn’t realize it until after my list was compiled but the majority of my favorite 80s tunes were within the first six years.

This song is an exception. It was one of my go-to jams during my junior and senior years of high school. You can’t call me a frontrunner either— this was only Brown’s eight-biggest billboard hit.

Great Lyrics: “There’s a lot of girls out there that won’t say no” is my favorite line from the song, because I indeed know plenty of girls that would not say no during my later high school years.

“We used to hang out tough
Just kickin’ around
We discovered a love that had never been found
You gave me your heart, I gave you my mind
But a true love affair we could never find
Although I want you bad, I can let you go
Cuz’ there’s a lot of girls out there that won’t say no”

Fun Fact: Brown’s album went all the way to number-one on the U.S. charts.  In doing so Brown, 19 at the time became just the fourth teenager to have a top selling album, joining Rickey Nelson, Stevie Wonder and Tiffany.