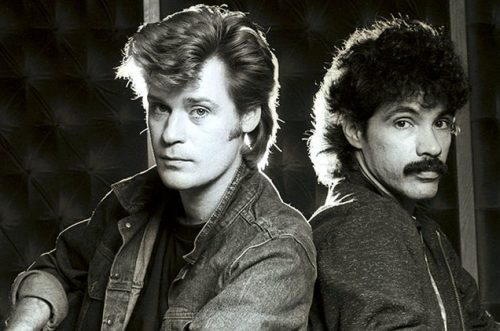 As a young child, there’s precious few bass guitar leads I remember more fondly than Maneater.  Honestly, if the entire 4:31 had zero vocals and contained nothing else than the baseline I’d be satisfied.  Of course, Darryl Hall (and I guess Oates too) do sing in it and do so quite well.

This is the third of four Hall & Oates songs on this countdown, joining I Can’t Go For That (No. 100) and You Make My Dreams Come True (69).  Much like I Can’t Go For That, Maneater;s subject matter isn’t necessarily what you thought the iconic duo was singing about.

In a 2014 interview (John) Oates revealed that the song is about New York City in the 1980s. “It’s about greed, avarice, and spoiled riches. But we have it in the setting of a girl because it’s more relatable. It’s something that people can understand. That’s what we do all of the time”

Scorned woman or spoiled city aside, I remember as one of the biggest from the 80s despite only being 11-years old at the time of its release.  I’m not sure if I had their H2O (the album this song is from) but I guarantee I had this single on many Memorex mix cassettes.

Watch out boy, she’ll chew you up.

Great Lyrics: Hall’s long-time girlfriend, Sarah Allen played a key part in the writing of this song, suggesting they end the chorus with “She’ a maneater” when there was still originally another line.  Hall thought the idea as crazy at first but then realized it worked much better.

“I wouldn’t if I were you
I know what she can do
She’s deadly man, she could really rip your world apart
Mind over matter
Ooh, the beauty is there

But a beast is in the heart.”

Fun Fact: Maneater is one of six Hall & Oates’ songs to reach number-one on Billboard. In total the group mustered up an incredible 29 Top 40 hits between 1976 and 1990.  Hall & Oates were inducted into the Rock & Roll Hall of Fame in 2014.