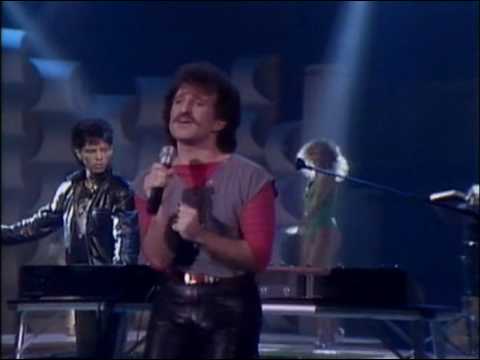 Before doing a little research on this entry for the countdown, I’ve always regarded Matthew Wilder’s “Break My Stride” as one of the puffier songs from the 80s I regard among my favorites.  Musically I still do.  However, I had no inkling of the struggles Wilder went through in making this a hit—his lone big one.

While lyrically song the theme centers around a guy leaving a failed relationship with a woman in his rear view mirror, the story of it coming together and his tussles with iconic record producer Clive Davis are fascinating.

From Songfacts.com, this is how the story goes: “Davis signed him around 1981, but nothing Matthew recorded went over well with Clive. Frustrated, Wilder and his songwriting partner Greg Prestopino came up with “Break My Stride.” “My relationship with Clive Davis was precisely the impetus for my writing the song,” said Wilder. “There are lyrics in there that are indirectly referring to the circumstance that were governing my life at that point.”

Paying for the session himself, Wilder and some of his friends recorded the song on the overnight shift at the studio owned by Spencer Proffer, who produced the Quiet Riot album Metal Health. He submitted the song to Arista, but heard nothing. When Wilder called the label to check, he spoke with the A&R head at the label, who found the cassette copy of “Break My Stride” with a note from Clive saying, “Interesting song, but not a hit.” “If you guys can’t hear this, there’s nothing I can do for you anymore,” said Wilder, and he suggested that the label drop him, which they did.

Arista never paid for “Break My Stride” and had no rights to it, so Wilder shopped the song around, finding a taker in a new Epic subsidiary label called Private I Records. He got an album deal at the label and “Break My Stride” was the first single. Clive Davis was wrong about this one – the song was a hit, going Top-5 in both the US and UK.”

Chart Success: Reached number-five on the Billboard Top 100 in 1984 and remained on the charts for 29 weeks.  Despite not reaching the top of the charts, the longevity of its success in 1984 saw “Break My Stride” finish 27th on the year-end Billboard Top 100.  Not even Clive Davis could rig that.

Great Lyrics: I don’t know about you, but I dream about sailing to China on a little row boat all the damn time.

Fun Fact: Despite this being one of the biggest songs of 1984, arguably the best year of music for the decade and during the upward rise of MTV’s popularity, there was never a video made for this song.  That absolutely amazes me. I’m sure anyone who can think of one will point it out, but I literally can’t think of a single popular song from the 80s that wasn’t accompanied with a music video.