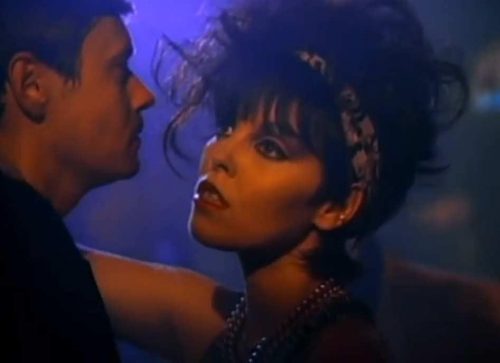 Some of the finest songs and biggest hits you hear happen almost by accident.  Such as the case with Pat Benatar’s Love is a Battlefield.  The song, co-written by Mike Chapman and Holly Knight was penned for Benatar.  However, the intention of its premise compared to how you’d ultimately hear it on the radio is quite different.

Knight and Chapman wrote the song as a soft ballad. Benatar and Neil Giraldo, her guitar player, producer and husband since 1982 weren’t fans of the slow tempo. According to an interview with Songfacts.com, Giraldo was responsible for persuading Benatar that the song needed be (much) faster.

“That was a song written very slow, very methodical, boring, like ‘We… are… young… heartache… to… heartache…’ I mean, it was really slow.” he said.

Giraldo said neither the songwriters nor the record company were initially on board.

“It was difficult for the record company to hear it, too. Because when they heard it, they went, ‘What are you doing?” Giraldo said in the interview. “What is this drum machine thing you did? Why did you create this weird loop? Why did you do this? It’s horrible. What are you doing? I’m not going to release it. It’s wrong.’ I go, ‘No, it ain’t wrong. Song’s a hit, I’m telling you. Leave it the way it is.’ I battled with them and battled with them, and eventually they said yes.”

Things worked out great. Love is a Battlefield is a brilliant, and I mean brilliant tale about the sometimes anguish of teenage kids and their parents. From Benatar talking at the intro to whistling at the outro and everything in between, for me this is one of the signature angst songs of the decade.

The video is awesome too, in which Benatar portrays a “working girl” who bolted from her family and becomes a dancer in a club. Eventually Benatar finds out her boss is more than just a nasty club owner, and she stands up to her abusive pimp while getting her fellow girls to join the rebellious cause. It’s also historic, as it was the first music video to feature opening dialogue that wasn’t a part of the song.

Chart Success: Love is a Battlefield peaked at number-five on the Billboard Top 100 in the United States but did reach the top in other countries—including Australia, Belgium and the Netherlands. It spent 22 weeks on the American charts and finished 1983 ranked 53rd on the year-end Billboard Hot 100.

Great Lyrics: It’s hard to imagine this song would’ve worked as well had it been recorded as a ballad. Benatar’s vocal tenacity gave to life a song that frankly may have otherwise been boring.

Fun Facts:  Benatar was the undisputed champion of female rockers in the 80s. This song would go on to mark the fourth consecutive year Benatar would capture a Grammy for Best Female Rock Vocal Performance.  She had already won the previous three years for Shadows of the Night, Fire and Ice and Crimes of Passion.  To date only Sheryl Crow and Tina Turner have won a Grammy in the same category four times.