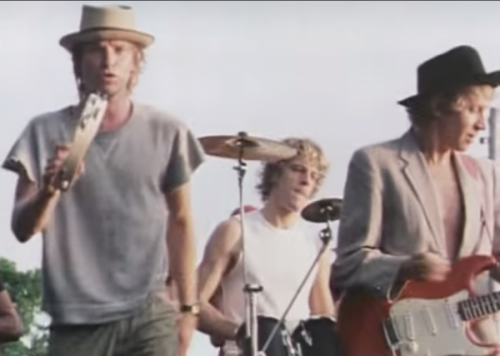 Believe it or not, the Police had but one single that reached the top of the American Billboard charts, and “Every Little Thing She Does Is Magic” wasn’t it.  It did hit number-one (along with four other songs) in the UK, proving England is way cooler than the States.  Hell, forget England—this song even chart-topped in Canada but not America. Sad!

The difference regarding my feelings for the Police and most others is Sting not being my favorite musician in the band.  That honor went to drummer Stewart Copeland and it’s largely due to this song.  The drums near the end may or may not have led to my introduction of the air drums.  Seriously, the drums on this song are as kick-ass as any 80s song I remember.

Chart Success: It peaked at number-three on the Billboard single charts and finished 1982 ranked just 79th— a travesty if you ask me.

Fun Fact: This song was from the group’s “Ghost in the Machine” album. Spoiler alert— you’ll see the Police again before this countdown concludes.