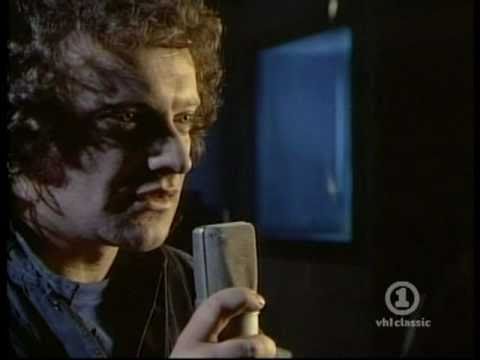 As the story goes, following the release of their huge hit album “4” in 1981, the band found themselves with a lot of time to write.  Generally Jones and Gramm did a lot of co-writing for the group’s music, but one night in 1984 Jones, unable to sleep at three in the morning penned the song by himself.

In an interview with TeamRock.com, Jones said “I always worked late at night, when everybody left and the phone stopped ringing,” Jones recalls. “I Want To Know What Love Is came up at three in the morning sometime in 1984. I don’t know where it came from. I consider it a gift that was sent through me. I think there was something bigger than me behind it. I’d say it was probably written entirely by a higher force.”

Gramm didn’t agree.  He had reservations about recording I Want To Know What Love Is out of fear that the song would push away their rock fan base and steer them to far towards adult contemporary.   Luckily Gramm lost that internal battle or at least compromised, because the record was ultimately made and it became one of the biggest hits and most identifiable songs of the entire decade.

“I doubt there are many people who haven’t heard it. It was played on the radio all around the world,” Jones told TeamRock.com  “And I started getting letters from people who weren’t necessarily fans but had found comfort in that song at times of suffering and sadness. Everybody took their own meaning from it. And that’s all you can hope for as a writer.”

Again, Gramm didn’t agree. In his mind the group’s street cred got washed away with this ballad hit (they had others too), and ultimately he ventured on his own to record a solo album in 1987 (that sorta sucked).

It’s a shame Gramm saw things that way, but in fairness his very emotional interpretation of the lyrics was mixed brilliantly with equal parts grit and heart.

I Want To Know What Love Is earns its place as a first-ballot Cheesy 80s Power Ballad Hall of Famer.  Try to not sing along if you dare, but you’ll fail miserably when the inspiring gospel choir kicks in—if you even make it that far.

Chart Success: This reached number-one on the Billboard Hot 100 and pretty much every chart there was in 1985. It spent 21 weeks total on the charts and finished ’85 ranked fourth on the year-end Billboard Hot 100.

Great Lyrics: I’ll be the first to admit the verses are pretty much the norm for corny-ass ballads, but this classic starts and ends with two of the most recognizable lines from a chorus in popular music history.

“I Want To Know What Love Is

I Want You To Show Me

“I Want To Know What Love Is

I Know You Can Show Me”

(Sing Over and Over For All Of Eternity)

Fun Facts:  Gramm can hate on the song he so powerfully delivered on vocally all he wants, but he can never deny it was far-and-away the band’s biggest hit. That’s saying something, as Foreigner has eight other songs reach the Top 6 on the Billboard charts, including a pair reach number-two: Waiting For A Girl Like You & Double Vision.