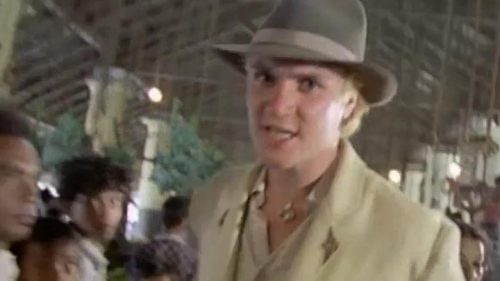 When it comes to 80s pop music groups, there’s four I personally identify as my core favorites: Hall & Oates, Huey Lewis & the News, Men at Work and Duran Duran.  Of them, I probably like Duran Duran the least, but my penchant for wearing out any cassette mix tape I owned containing ‘Hungry Like The Wolf” was second to none.

In the early 80s MTV was often single-handedly responsible for making a song transform from obscure bin filler to monster hit. That was unquestionably the case with “Hungry Like the Wolf”— my most preferred Duran Duran song.  Originally released in 1982, it received absolutely no love from American radio while having moderate success in the UK.  That changed in a big way when MTV put their elaborate (for that time) video into heavy rotation on their station, playing if four or five times daily.  Suddenly the song blew up and ultimately reached the top of the American Billboard rock charts.

It was one of, if not the first song to become a mainstream hit almost exclusively because of MTV.

The fame Duran Duran found with “Hungry Like the Wolf” was merited. In my opinion it was the best song they ever wrote—an unpretentiously magnificent pop music single. Simon Lebon was one of the best lead singers of this era.  He sang lyrics that often made zero sense, including this song at times, but it mattered not as Lebon sung everything so freegin convincingly.

I loved everything about this song—from the irrefutably appealing chorus to the sexually charged lady noises near its conclusion.

Chart Success: Reached number-three on the Billboard Top 100, where it remained on the chart for charts for 23 weeks.  As stated earlier the song did reach number-one on the U.S. Top Rock tracks and also reached the top spot in Canada.  It finished 1983 ranked 17th on the year-end Billboard Top 100.

Fun Fact: While this is my favorite Duran Duran song it wasn’t their biggest hit.  The group had two number-one hits in the mid 80’s: “View To A Kill” and “The Reflex” and also had a pair of songs reach as high as number-two: “The Wild Boys” and “Notorious”.  “Ordinary World” and “Union of the Snake” also reached as high as three, giving the group a staggering eight top three hits and 11 top ten hits in the 1980s.