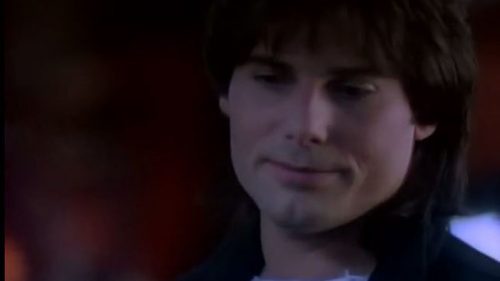 I love me a good power ballad, and “The Search Is Over” was easily one of my favs of the 80s era.

More on the song in a minute, but first let’s talk about Survivor.  People rarely mention them discussing great rock and roll groups of the 80s, and that’s a shame.  Survivor was a great American rock band that pounded out a string of underrated hits.  They got their big break in 1982 when cutting the theme track for Rocky III, “Eye of the Tiger” (Spoiler alert—you’ll be seeing that on these pages later).

The success of that hit made their 1985 “Vital Signs” album much anticipated.  From it came two charting hits I thoroughly enjoyed, “High on You” and “I Can’t Hold Back”.  However, the signature track, as far as I’m concerned anyway was “The Search Is Over”.

Song co-writer (and former Survivor guitarist) Jim Peterik has said in interviews tit was written for a friend who had a girl right in front of him but didn’t realize she was the love of his life—never thinking they’d be more than just friends.

Apparently he was wrong.

Meh—that sounds a tad deep for me. I simply loved belting out the lyrics. I know that’s not offering much insight, but back then and til this day it’s one of my favorite songs to sing (while in the shower…alone…with no one listening ).

Here’s another thing I’ll give credit to this song for—it’s one of the very few that for me anyway that didn’t need to be supported by a memorable video.  Most songs from the 80s I love, at least in part is because of a great accompanying video.  Yet with “The Search Is Over” I honestly never saw the entirety of this video until uploading it to this post.

As an aside, my wife will surely be disappointed to find this ranked so low.  It’s easily in her top ten, if not top five.  To that I say—-tough shit. Maybe she should launch her own countdown. To her credit however, this song would be collecting dust on my playlist if not for her. Unlike me she actually can sing.

Great Lyrics:  I can’t sing worth shit, but if I did I’d totally bang out my favorite part of this song on stage.

“Broken hearts lie victims of the game
Then good luck it finally stuck like lightning from the blue
Every highway leading me back to you
Now at last I hold you, now all is said and done
The search has come full circle, our destinies are one
So if you ever loved me show me that you give a damn
You’ll know for certain the man I really am”

Fun Fact: Peterik is an accomplished song writer.  Besides stuff with Survivor he penned two huge 80s hits for the band 38 special: “Hang On Loosely” and “Caught Up In You”.