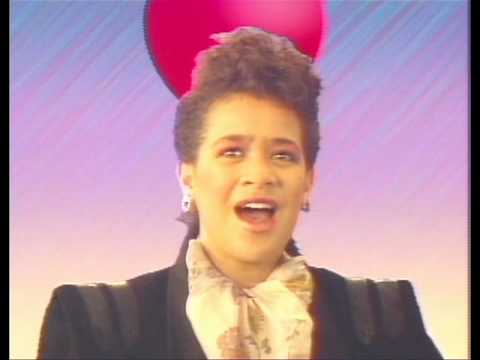 We’re getting into the deep water portion of this countdown, and seeing there’s but a (mini-spoiler alert) tiny handful of “sad” songs ranked ahead of “Make It Real” by the Jets show how much I loved this sappy tune.

Throughout this little expedition I’ve reminded readers a few times this is a countdown of my personal favorite songs of the 1980s—not inevitably the biggest chart toppers or critically acclaimed hits. This feels like one of those times I should hammer home the point. I’ve seen copious 80s countdowns through the years via print and TV shows and I’ve rarely, if ever seen Make It Real on a list. To me, that shit’s crazy.

I’ve long said to anyone who’d listen that The Jets were one of the decade’s more unappreciated groups. Their second (self-titled) album in 1986 was superb and featured, among others Crush on You and my second-favorite Jets song, You Got It All.  Their Magic albumb was even better and besides Make It Real also featured Rocket 2 U and Cross My Broken Heart. It genuinely bothers me that no one even mentions the Jets among the best 80s pop groups.

And how delightfully cheesy was the video for this song? Literally the entire video is lead vocalist Elizabeth Wolfgramm singing in front of a blue screen, with the rest of the band standing around frozen and agonized briefly during the instrumental break before disappearing.

How much do I like this song? My wife is a gifted singer, and many times through the years we’ve went to karaoke and I’ve asked her to sing this song specifically.  OK, begged is more like it.  A mutual close friend of ours, often at these shows would ask her, and I quote “are we making it real?”  Of all the hundreds (maybe thousands) of songs in the karaoke catalog, it’s this gem by the Jets I’m always asking to hear.

Great Lyrics: If you’re significant other dumps you, I’d definitely recommend this as  one of your go-to songs to try and win them back.  Either that, or just keep constantly listening and feeling sorry for yourself.

“Hear me cryin’ out to you
You said, “Never, never would I leave”
Here’s a tear from me to you
And maybe it will make you hear me

Fun Facts:  The group (of seven) are all brothers and sisters. Although they settled into Minnesota they’re actually from the island of Tonga. In total there were 17 kids in the family (!!!). Harping back on that underrated theme again, the Jets would go on to have five Top 7 hits in their career, with You Got It All and Crush On You tied for their biggest that peaked at number-three.