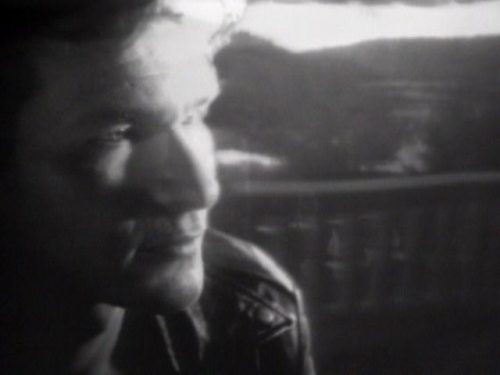 In my humble opinion, there’s few things when we think back to the 80s that symbolize that decade of gloriousness more admirably than the movie Dirty Dancing. If you’re between the ages of 30-50 I’m not sure it’s scientifically possible to have not seen this flick. Everybody remembers Patrick Swayze’s legendary“nobody puts baby in the corner” movie line”, the ambitious dance scenes— particularly the Swayze/Jennifer Gray finale.

But for me, Dirty Dancing was all about great music.

Footloose and Flashdance immediately come to mind when discussing classic 80s movie soundtracks—deservedly so.  However, don’t sleep on Dirty Dancing .  It produced three solid hits: “I’ve Had The Time Of My Life”, “Hungry Eyes” and my personal favorite, “She’s Like The Wind” sung by Swayze.

First and foremost it blew my mind that Patrick f’n Swayze sang. It shouldn’t have, considering the 80s produced an onslaught of TV/movie stars putting out (mostly whack) records: Eddie Murphy, Bruce Willis and Don Johnson among others.

Unlike those guys, I actually thought Swayze sung the hell out of “She’s Like The Wind”.

Forget the fact the song is a cautionary tale for dudes with no self-esteem, as the tune unmistakably is about a guy in love with a girl but knows that she’s too hot for him and thus he’ll never land her.  I mean, he literally confesses in inability to look into her eyes cause she’s out of his league.  Gotta have some confidence, brah.

Swayze’s self-perception issues aside, this is an outstanding 80s song that I have no shame admitting still gets heavy run on my playlist today.

Chart Success: The third single released from the Dirty Dancing album, it reached as high as number-three on the Billboard Top 100 and stayed on the charts for 21 weeks.  It finished 1988 ranked 40th on the year-end Billboard Top 100.  Many people are called a one-hit wonder but Swayze was legit.  This was his only recording to ever crack the Billboard charts.

Great Lyrics: For the love of God, Patrick—step your game up.

“I feel your breath on my face

Your body close to me

Can’t look in your eyes

Your out of my league

Just a fool to believe

(Just a fool to believe)

Fun Fact: This song wasn’t originally written for Dirty Dancing.  According to Songfacts.com this was to be featured in a 1984 movie called “Grandview, USA” (I’ve literally never heard of that). Ultimately it was rejected for the film, making it a lock for me that Grandview, USA sucked. It got greenlight for Dirty Dancing a few years later and the rest was history.