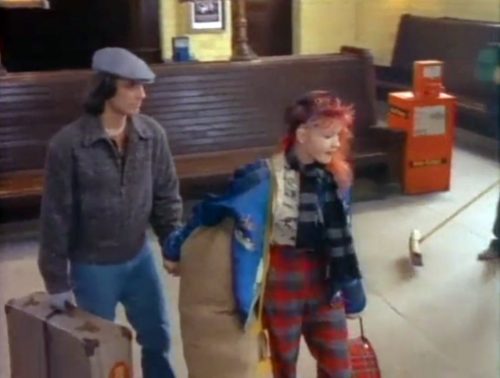 If you want to be the one that categorizes “Girls Just Wanna Have Fun” as Cyndi Lauper’s signature song you’re within your rights.  However, I have but one ditty of hers on this countdown and which one for me is a no-brainer.

“Time After Time” is an exquisite love song.  With the exception of my favorite wrestling manager Captain Lou Albano being in the music video, Lauper’s debut “Girls Just Wanna Have Fun” kind of annoyed me and my first impression of Lauper lukewarm at best.

That changed in January 1984 with the release of “Time After Time” as her second single. It was one of the most profound songs of the 80s and also one of its most distinguishable.

While I’m not always in agreement with mainstream media when it comes to preference of 80s music, Lauper’s tune earned critical acclaim.  In 2000 Rolling Stone ranked it 66th on its list of the 100 Greatest Pop Songs of all-time.  She won the 1984 American Music Award for Best Female Performance and was nominated for 1985 Song of the Year of the Grammys.

Great Lyrics:  In a decade of such wonderful cheesiness, these lyrics were pretty deep.

Fun Fact: Lauper’s record company (Epic Records) originally wanted Lauper to release this song as her first single.  However, she refused; determining doing such would forever label her a ballad singer and pigeon hole her career.  It was a brilliant decision.  “Girls Just Wanna Have Fun” was released first and became an anthem—pretty much for girls.

Bonus- Albano also made an appearance in this video—as a cook.