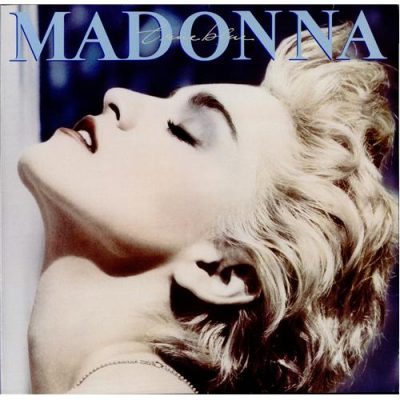 Why I Loved It: When I first started putting together this countdown I was pretty confident “Like a Virgin” would be my highest ranking Madonna album.  Turns out I was wrong.  Don’t get me wrong, I love me some Like a Virgin (No. 22 on this countdown) but I simply thought True Blue was just a little better. I’m not really sure why True Blue is my most preferred Madonna studio album because generally speaking, I love concept albums where it feels the songs are connected together.  True Blue isn’t that—at all.  It’s a collection of singles with seemingly none  having similar meaning.  But man, what an incredible collection of tunes this is. Simply put, this is the prototype of what 80’s pop music was supposed to sound like. “Papa Don’t Preach” is all about a teenager getting pregnant and choosing to keep the baby as opposed to abortion.  In today’s realm that sounds like everyday music but back then it was highly controversial.  Then again, that’s to be expected with an artist like Madonna. Honestly and selfishly I didn’t love the song for its deep meaning but simply because I loved her voice on the record.  Ditto for “La Isla Bonita”; one of the more underrated funky jams to get down to in the 80s.  She had three number-ones and five top five songs on this album. That’s ridiculous.

If you’ve ever wondered why Madonna has had such a long and illustrious career, give this entire album a listen and most your questions will probably be answered.  True Blue is awesome.

Commercial Success:  The expectations were sky high following her successful Like a Virgin album two years before, and True Blue shattered them.  Madonna’s third studio album was one of more the more commercially successful albums ever, literally.  True Blue rose to number-one on the Billboard Top 200 and remained there for five consecutive weeks before the Top Gun soundtrack finally pushed it off.  It was the best-selling album in the world in 1986 and wound out being the biggest-selling album of the entire decade by a female artist.
“Live to Tell” was Madonna’s second career ballad (“Crazy For You” the first) and her third career single to reach number-one on the Billboard Hot 100.  “Papa Don’t Preach” soon after became her fourth, topping the Billboard Hot 100 for two weeks. “Open Your Heart” made it a trio of Billboard Hot 100 chart toppers on the album. The title-track “True Blue” reached three on the Billboard Hot 100 while “La Isla Bonita” peaked at five, giving her a staggering five singles with the top five of the charts.   In total this album sold 25 million copies. If fact, this album made Madonna so huge that she was honored with the Video Vanguard Award at the 1986 MTV Video Music Awards despite being a mere four years into her commercial music career.

Fun Facts: Madonna’s “True Blue” is the eighth-biggest selling album by a female solo artist of all-time.  Here, in order are the albums above it: Shania Twain’s “Come on Over”, Alanis Morissette’s “Jagged Little Pill”, Celine Dion’s “Falling Into You”, Adele’s “21”, Celine Dion’s “Let’s Talk About Love”, Madonna’s “Immaculate Collection”, Mariah Carey’s “Music Box” and Norah Jones’ “Come Away With Me.”  Rounding out the top 10 are Carole King’s “Tapestry” and  Brittany Spears’ “Baby One More Time.”