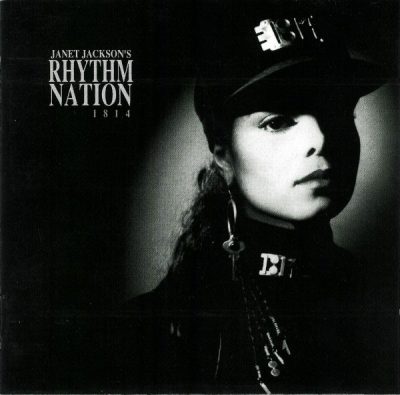 Why I Loved It: Let’s get this out of the way immediately – If I put emphasis almost exclusively the on success of an album Rhythm Nation would’ve easily finished in the Top five. I loved this album, don’t get me wrong it’s why you’re reading about this today some 43 slots in, I just wasn’t over the moon infatuated with it like so many others. There were so many popular songs from this album, putting Jackson on the airwaves nonstop to the point it occasionally drove me crazy.  OK, rant and explanation over for those who think I should have this album higher. On that note—respect! Rhythm Nation cranked out top radio hits without fail for rest in parts of three years, a time of my life as I was graduating high school that was the pinnacle of my obsession with mainstream pop music radio.  Jimmy Jam and Terry Lewis, who produced most Janet’s jams were a smash hit machine. Rhythm Nation (the single) is in my top three of all-time Janet Jackson songs if not at very top and one of my favorite music videos ever.  Her dancing and  superb choreography is out of this world.  It’s hard to call any Janet Jackson song under the radar, but Black Cat is one of her all-time best songs that few talk about.  This was a very good album that literally had something for everyone.

Commercial Success: This album barely makes eligibility for this countdown, coming out just three and a half months shy of 1990 and a new decade.

Rhythm Nation went on to sell more than 12 million copies worldwide and consistently owned the Billboard charts. Jackson had number one songs on the Billboard Hot 100 in three consecutive years with this album; Miss You Much went to number-one in 1989 while both Escapade and Black Cat hit the top of the charts in 1990.  Love Will Never Do Without You peaked at number-one in 1991.  If those four top singles weren’t enough, Come Back To Me and Rhythm Nation (the single) peaked at number two on the Billboard Hot 100 while Alright rose as high as four. For those keeping score that’s seven songs in the Top 4!!! She cleaned up, literally at the Billboard Music Awards with seven wins and also captured the Grammy for Best Music Video, Long Form with Rhythm Nation.

“Jackson’s tour titled Rhythm Nation 1814 World Tour was the most successful debut tour from any artist at the time. Jackson clearly knew what she was doing from the very beginning.

In 1984, Jackson eloped with singer James DeBarge. They lived together at the Jackson’s ranch in Encino, California, but just several months later, she annulled the marriage.”