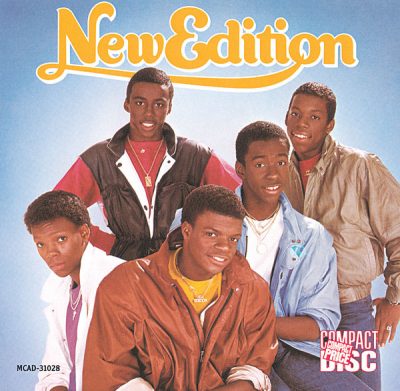 Why I Loved It: I sort of hate myself for not having this higher — I freegin loved this album. It was well represented on my Favorite 100 Songs of the 80’s countdown earlier this year, with Mr. Telephone Man coming in at No. 44 and Cool It Now making it to No. 25. As I wrote in the capsule for the former, “before there was One Direction, N’Sync, Backstreet Boys and a million other boy band groups including late 80s phenomenon New Kids on the Block, there was New Edition.”  Besides these both being fantastically innocent 80’s pop/R&B tunes everyone could get done to, their videos were equally memorable.  From the crew ready to take on the telephone company because one of the kids can’t get a hold of his potentially trifling girlfriend in “Mr. Telephone Man” to them spitting rhymes at each (sort of a first on pop records at the time) in “Cool It Now”, the videos that accompanied their tunes were amongst the best of the 80s.  Don’t sleep on “Lost In Love” either, which is one of the 80’s more underrated R&B slow jams.

I regard  New Edition as the consummate blueprint for what a boy band is supposed to sound like, and in my opinion not since the Jackson 5 has anyone been better.

Fun Facts: In 1982, the group signed with Maurice Starr, although after the group competed in Starr’s talent show he only wanted to sign Ralph Tresvant.  Ralph apparently told  Maurice it’s all of them or no one and  Maurice changed his mind.  According to this website the group each received $500 and a Betamax video player as a signing bonus.  Starr didn’t stick around New Edition long — he was jettisoned during the making of this album after the group accused him of stealing their earnings off their debut album.  Starr would go on to form New Kids on the Block, so indirectly New Edition is slightly responsible for that group ever getting created.