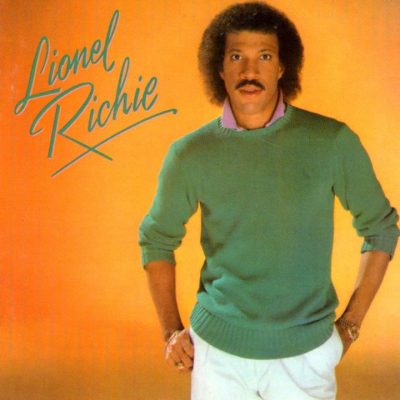 Why I Loved It: There’s a lot I loved about Lionel Richie in the 80’s and perhaps my favorite was his very conscious decision to focus exclusively on tender ballads and shimmery mid-tempo pop. Of course, ballads became a staple of Richie’s vibe and that was apparent right away on his first solo album here, particularly with “Truly” and “My Love.’  Both geared the completion of his transition from the soulful group, The Commodores to full-fledged mainstream pop, as each of his first two hits were unrepentant slow-dance jams. His third and final hit from this debut self-titled album, “You Are,” is a bubbly, delightful pop track that til this day is in my opinion one of his most underrated singles. “You Mean More to Me”, “Just Put Some Love in Your Heart” and “Wandering Stranger” are three songs many haven’t heard of that are worth a listen. Richie’s 1986 album “Dancing on the Ceiling” previously appeared on this countdown at No. 82 and here’s a spoiler alert—there’s still one more to come.

Fun Facts: From Songfacts.com: “In the early ’80s Lionel Richie began to achieve success outside The Commodores. He penned the song “Lady” for country singer Kenny Rogers, a soulful ballad that topped the charts for six weeks. Then he teamed up with Diana Ross on the theme song for the movie Endless Love. “Endless Love” became the biggest hit of Ross’ career, holding the #1 spot on the Billboard Hot 100 for nine weeks in the fall of 1981 and earning Lionel Richie an Academy Award nomination for Best Original Song. These successes would inspire Richie to break from The Commodores completely in 1982 to pursue a solo career.

Lionel Richie’s 1982 self-titled debut for Motown exploded with three Top 10 hits including the #1 smash “Truly.” His 1993 sophomore effort Can’t Slow Down doubled down on its predecessor, selling over 15 million copies and spawning five more top-10 hits, including two more #1’s: the earnest, sentimental ballad “Hello” and the danceable Carribbean rhythms of “All Night Long (All Night).” The album would go on to win the Grammy Award for Album of the Year in 1985. Now an international superstar, the “black Barry Manilow” was here to stay.”