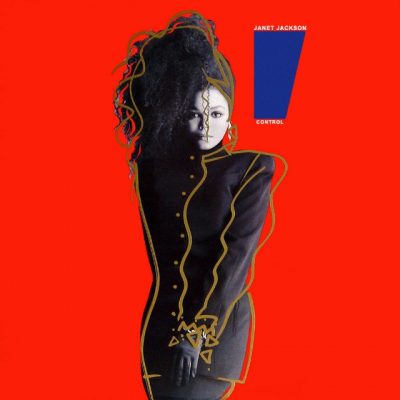 Notable Songs: “What Have You Done for Me Lately”, “Nasty”, When I Think of You”, “Control”, “Let’s Wait Awhile”, “The Pleasure Principle”

Why I Loved It: When it comes to vocals and funky beats to get down to, Control was nearly perfect. This was one of two Janet Jackson albums that helped set the stage musically for the second half of the 80’s—Rhythm Nation, released in 1989 was the other (ranked No. 57 on this countdown previously).

It’s easy to give Madonna and Whitney Houston all the credit when it comes to transformative pop by a female in the 80’s but Jackson was every bit as  great critically and nearly as popular commercially as anyone.

If Control wasn’t the first contemporary female R&B/dance pop album it sure as shit feels like it reminiscing. Maybe I’m wrong and if so please forgive me but I kinda feel like Janet along with Bobby Brown are the true OG’s of the new-jack swing. Right off the bat with the first self-titled track Jackson goes into a spoken introduction that leaves no doubt she’s done listening to her father or anyone’s advice and she’s going in her own musical direction moving forward. I loved that shit. Besides being a complete kick-ass dance number, “Nasty” demurs those who treat women contemptuously. It’s my personal favorite track on the album.  A close second is “Let’s Wait Awhile”, a delicate ballad about a girl who likes her man but thinks it’s too soon for them to go all the way.  I can go on about this album forever—it’s truly among the very best of the era.

Commercial Success:  Jackson’s third studio album, Control became her smashing breakthrough success as Janet went from being known as Michael’s little sister to one of the most dominant performers in the music industry. Control rose to number-one on the Billboard Top 200, wrestling the spot away from Whitney Houston’s self-titled album.  Control would go on to finish in the top 10 on year-end Billboard charts for both 1986 (sixth) and 1987 (fifth). In regards to singles Control produced six top 20 Billboard hits, including a staggering five in the top five.  “When I Think of You” was the lone number-one on the Billboard Hot 100, staying on top for two weeks.  “Let’s Wait Awhile” narrowly missed, settling for number-two while “Nasty” reached number-three. “What Have You Done For Me Lately” peaked at number-four while “Control” reached five.  Pleasure Principle rounded out the hits, merely hitting No. 14 on the charts.  In all Jackson’s Control sold more than 10 million copies worldwide. It was Grammy nominated for Album of the Year, losing out to Paul Simon’s Graceland.

Fun Facts: Via IHeartRadio.com, here’s some fun facts about this historic album:  “Prior to the release of the album, Jackson wasn’t feeling her family’s rules, so she fired her father as manager and hired A&M exec John McClain. It was McClain who suggested Janet fly to Minneapolis and try collaborating with a couple of former Prince associates: Producers Jimmy Jam and Terry Lewis. “Jimmy Jam” and Terry Lewis had a particular goal in mind when thinking about producing Control. “We wanted to do an album that would be in every black home in America … we were going for the black album of all time,” Jam said in an interview with Rolling Stone magazine. Hits like “Nasty” and “Lately” were born out of the star’s uncomfortable encounter with a group of street harassers outside the hotel where she stayed in Minneapolis. “They were emotionally abusive. Sexually threatening,” Janet told Rolling Stone in 1993. “Instead of running to Jimmy or Terry for protection, I took a stand. I backed them down. That’s how songs like ‘Nasty’ and ‘What Have You Done for Me Lately’ were born, out of a sense of self-defense.”