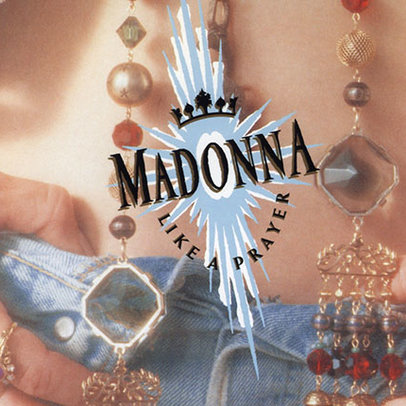 Notable Songs: “Like a Prayer”, “Cherish”, “Express Yourself”, “Oh Father”

Why I Loved It: In my humble opinion “Like a Prayer” is Madonna’s first authentic album.  Hear me out now.  Clearly it’s not her first album as she banged out eight before this and was literally the best-selling female artist of the decade well before “Like a Prayer” was released, but critically speaking I feel like Madonna’s prior albums were essentially a couple of hits followed by filler garbage to have enough tracks and make her rabid fans feel like they were getting their money’s worth. “Like a Prayer” was very different, at least for me.

Not every single was a hit although four did smash the charts, but every track felt like it meant something. This album was a true collection, completely free of  tracks that could easily be tossed away.

For that, I consider this her first truly authentic album. “Like a Prayer” is one of my favorite singles of the 80’s. Don’t believe me? It was number 84 on my Favorite Songs of the 80’s countdown earlier this year—I never lie.. I’m not a chick, but “Express Yourself” is a feminist chorale that brings both the pop and the funk.  There’s plenty to love about this album from the preeminent female pop star of this and other decades.

Fun Facts: From my review of “Like A Prayer” earlier this year: “In characteristic Madonna fashion, the song’s release came with accompanying video that triggered much controversy.  It depicts Madonna observing the murder of a white girl by a white supremacist group that gets pinned on a black man.  Madonna takes refuge in a church as she finds inspiration to come forward with what she’s seen.  The video also shows her kissing a black man (interracial affection in the 80s was fare more rare than youngsters today can understand) as well as dancing directly in front of burning crosses.

To the disbelief of no one, the video was condemned by the Vatican and Pepsi subsequently stopped airing her commercial, forever.”