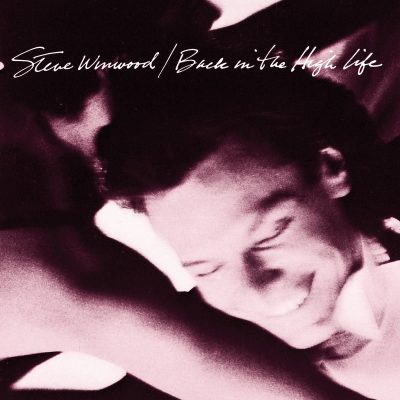 NOTABLE TRACKS: “Higher Love”, “Freedom Oversplit”, “Split Decision”, “Take It As It Comes”, “The Finer Things”, “Back In The High Life”

WHY I LOVED IT:  On the surface this seems to be a run of the mill everyday 80’s pop album, with nothing standing out. Maybe to some degree that’s true but for me “Back in the High Life” brought plenty of diversion, soul, and catchiness along with it. Winwood had one of the more resourceful voices of the 80s and at the risk of sounding corny, listening to this album me feel a little easier and free and just want to take each moment at it comes. Plus the single “Back in the High Life” made me want to drink Miller Lite beer, so that’s a bonus. There’s just something about most Winwood songs that made me feel good. This was a very successful album and deservedly so.

If nothing else anyone who bought it certainly got their money’s worth—there’s not a track on the album that’s less than 5:19.

COMMERCIAL SUCCESS:  Winwood’s fourth studio album was by far his most successful, selling more than five million copies and reaching number-three on the Billboard Top 200. From it came four successful singles, most notably “Higher Love” which reached number-one on the Billboard Hot 100.  “The Finer Things” rose all the way up to eight on the Billboard Hot 100 while “Back in the Highlife” reached as high as 13 and “Freedom Overspill” climbed up to No. 20.   Beyond sales and charts Winwood won three 1987 Grammy’s, including Record of the Year and Best Male Pop Vocal Performance for “Higher Love” and Best Engineered Non-Classical Album. He was also nominated for seven MTV awards in ’87 although he walked away empty handed.

FUN FACTS:  From UltimateClassicRock.com: “James Taylor can be heard adding background vocals to ‘Back in the High Life Again,’ and soul diva Chaka Khan also adds her pipes to Winwood’s comeback and signature hit ‘Higher Love’ from that same album, which re-invigorated Winwood’s career back in 1986. 1986′s ‘Back in the High Life’ cemented Winwood’s position as an ’80s chart superstar. Believe it or not, ‘Back in the High Life Again,’ the title track, almost didn’t make the record. A mandolin sitting in the corner of Winwood’s house led him to finish the song. In addition to recording his own material, Steve Winwood has done plenty of session work over the years, including contributing organ to ‘Voodoo Chile’ by Jimi Hendrix.”