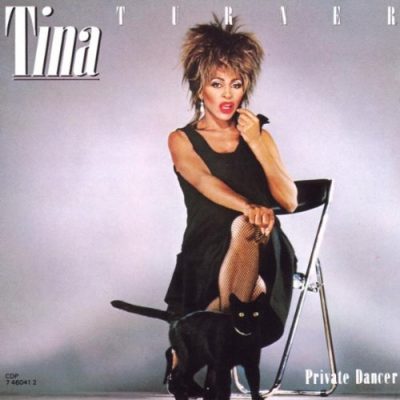 Notable Songs: “What’s Love Got To Do With It”, “Private Dancer”, “Better Be Good To Me”, “Let’s Stay Together”, “I Can Handle The Rain”,

Album MVP: “What’s Love Got To Do With It”

Why I Loved It: For better or worse there’s a handful of songs that truly capsulate the 80’s, and few more so than “What’s Love Got To Do With It.” Who can deny the power of that single?

Many consider 1984 the best year of pop music ever.  This single finished ’84 ranked second–not much more needs to be said.

Long before this album dropped and Turner resurrected her career, she long had the voice of a rock icon. For me the biggest difference with “Private Dancer” was she also showed the type of vocals that could fluently handle tunes more on the voluptuous side. Whether you thought you were a Turner fan or not whenever her many hits from this album came on the air, you can’t help but focus your interest towards what you were hearing because she was such a commanding force.  “I Can’t Stand The Rain” and “Let’s Stay Together” are two insanely underrated jams in the middle of the album.

Fun Facts: Courtesy of The Telegraph UK: “Turner was born Anna Mae Bullock, and brought up in the tiny Southern town of Nutbush, Tennessee, which she celebrated in her self-penned 1973 funk anthem, Nutbush City Limits.

With 1984’s What’s Love Got to Do With It?, Tina became the oldest female artist to have US number one hit. However, she reputedly found much of the accompanying Private Dancer album too wishy-washy: she’d wanted to cut a hard-rock record in the style of AC/DC.”