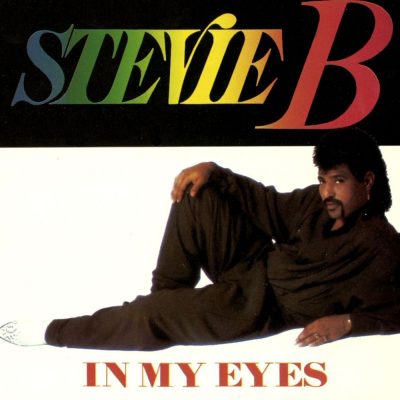 ALBUM MVP: “Love Me For Life”

WHY I LOVED IT: At least for freestyle fans if not the mainstream, Stevie B’s star was on the rise in 1988 after smash hits “Spring Love” and “Party Your Body”—the first being arguably my favorite freestyle jam of all time and the latter a track that annoyed me.  The release of “In My Eyes” a year later was an album (I should say a cassette tape) I was heavily anticipated, and it didn’t disappoint.  While there wasn’t a single on it that rivaled “Spring Love” there’s a solid four or five tracks that appeased my ears.  However, for all of Stevie B’s dance floor pleasing beats, “Love Me For Life” became my go-to under the radar slow jam of the late 80s.  For me it’s his best slow song ever, which is saying a lot considering “Because I Love You (The Postman Song) reached shelves two years later—his lone chart topping hit.  Freestyle music in general and Stevie B. specifically weren’t for everyone, but I loved this album.

COMMERCIAL SUCCESS:  This album was not a success commercially on a mainstream level — not by a longshot. The album only peaked at 75 on the Billboard Top 200. “I Want To Be The One” , the album’s biggest hit reached No. 32 on the Billboard Hot 100 while “In My Eyes” got as high as No. 37.  The success of this album, quite obviously wasn’t found on the charts but on the dance floor of clubs all over the country.

FUN FACT:  I suppose saving money is always fun, so the fun fact here is don’t spend money going to see him “perform” live. It pains me to say this as I’m a huge Stevie B mark, but I saw him roughly two years ago and it was perhaps the most disappointing show I’ve ever seen.  I spent $30 to see him in a club and after the DJ played 80’s music for hours to keep the crowd fired up, Stevie B. came out, did five songs including the encore and the crowd literally sang half his lyrics. It was just awful.  Save the $30, my friends— but enjoy his “In My Eyes” album from home any free house party!