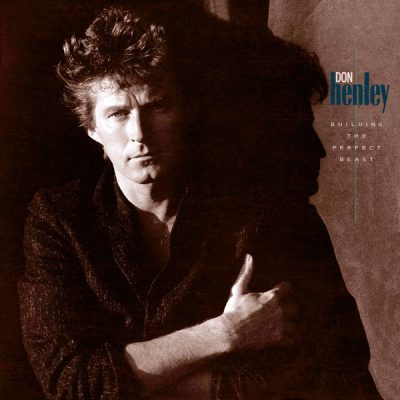 NOTABLE TRACKS: “Boys of Summer”, “All She Wants To Do Is Dance”, “Sunset Girl”, “Not Enough Love In This World”.

WHY I LOVED IT:  Don Henley’s one of my favorite vocalists of all-time. I should probably float that out there before proceeding.  If there were a Mt. Rushmore for best male pop/rock singers of all time and I was left judge and jury, Henley’s face would be on it.  This was his second solo album after leaving the Eagles and while (spoiler alert) I liked his third album better, “Building The Perfect Beast” was a very good in its own right.  “The Boys of Summer” may well be Henley’s solo career masterpiece.  Seriously, it’s one of the 80’s most melancholy, tenderly scenic tunes and I have a borderline obsessive emotional connection to it.  “All She Wants To Do Is Dance” is a fun song that’s aged well and let’s not kid ourselves—also a pretty popular song at the gentlemen clubs.  “Sunset Girl” and “Not Enough Love In This World” are y hits never talked about when people discuss Henley’s career. They should.

FUN FACT:  Songfacts.com describes “Boys of Summer” as the following: “This is about looking back on a past relationship and wanting your ex back – wanting to return to what you had. The first verse depicts how the writer is left behind. His ex has moved on but he hasn’t and still hangs onto hope: “But babe, I’m gonna get you back, I’m gonna show you what I’m made of / those days are gone forever I should just let them go but…” At first he is hanging onto hope but then he realizes that he must let go. The “Boys of Summer” could refer to the boys his ex is now seeing, and how they are just summer flings, while he is in it for the long haul.”

The video for “Boys of Summer” absolutely dominated the 1985 MTV Video Music Awards, winning for Video of the Year, Best Cinematography, Best Director and Best Art Direction. It was the first video to win four MTV awards.