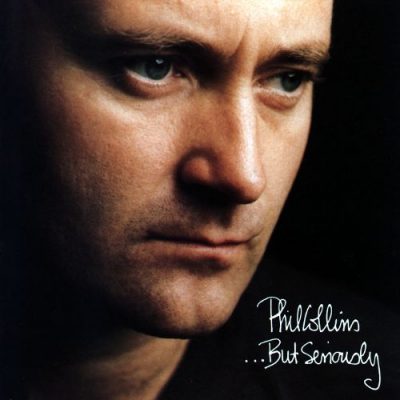 NOTABLE TRACKS: “Another Day in Paradise”, “I Wish It Would Rain Down”, “Something Happened on the Way to Heaven”, “Do You Remember”, “Hang In Long Enough”

ALBUM MVP: “Another Day in Paradise”

WHY I LOVED IT:  This was Collins’ fourth studio solo album after leaving Genesis and you can make a strong case it was the most refined of his four.  “Another Day in Paradise” may not my favorite Phil Collins tune but it’s easily in my top five. It addresses social issues, something I don’t recall Collins abundantly speaking to before this track. It deservedly won a Grammy. “I Wish It Would Rain Down” is a sappy, gloomy love song that gives you all the feels. As a whole I’m not sure this is one of the archetypal 80’s cheesy pop albums we often associate the decade with. There’s a lack of good natured fun and a bit more substance on this effort, at least in my opinion. Having said that there is that one constant, where few if any 80s pop albums had the mega production that always seemed to accompany something Phil Collins put out.

COMMERCIAL SUCCESS:  “…But Seriously” is barely eligible to be considered an 80’s album, being released just before decade’s end on November 20, 1989.   This is the most commercially successful album of Collins career, as it sold over four million copies in the United States, reached number-one on the Billboard 200 and stayed there for three weeks, and produced a mind-blowing four top-five hits. “Another Day in Paradise” reached number-one on the Billboard Hot 100 and won the 1991 Grammy for Record of the Year. “I Wish It Would Rain Down” peaked at three on the Billboard Hot 100 while “Something Happened on the Way to Heaven” and “Do You Remember” both maxed out at four. “Hang In Long Enough” even got in on the action, hitting No. 23 on billboard.

FUN FACTS:  From Heavy.com: “Phil Collins net worth is a staggering $250 Million. His royalties around his eight solo studio albums that have sold 33.5 Million units in the US, and about 150 million worldwide make him one of the best-selling artists in the world. Collins is also one of three artists to have sold 100 million + records both as solo artists and as principal members of a band, the list includes Michael Jackson and Paul McCartney. He has won seven Grammy Awards, six Brit Awards, an Oscar, and a Disney Legend Award.