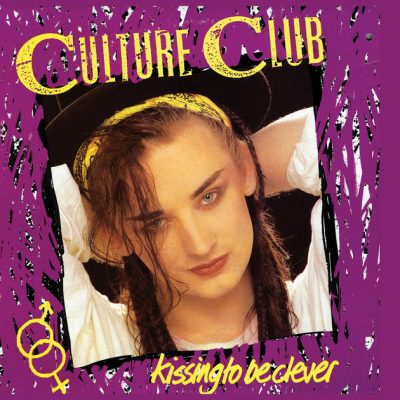 ALBUM MVP: “Do You Really Want To Hurt Me”

WHY I LOVED IT:  This was the Culture Club’s debut album and to call it a guilty a pleasure is an understatement. Let’s keep things real here—back in late 1982 as an 11-year old it wasn’t exactly manly to like groups like Culture Club, featuring a lead singer literally dressed like a girl.  It was a different world in those days and Boy George’s appearance was far more unique than would be so today. More importantly the group’s sound was a far cry from most groups I enjoyed then, such as Styx, Journey and REO Speedwagon.  Despite all that I really enjoyed this album, probably more than I should’ve.  Even as a pre-adolescent teen I found “Do You Really Want To Hurt” as kind of heartbreaking.  It got re-popularized years later thanks to Adam Sandler’s  The Wedding Singer movie. Now that I think about it Sandler deserves a lot of Culture Club credit to a newer generation because he featured “I’ll Tumble 4 Ya’ in his Billy Madison movie. I loved “Time (Clock of my Heart)”.  It was chic back then to ridicule groups like Culture Club but don’t allow prejudice to stand in the way of quality music. It doesn’t get anymore 80’s than Culture Club, man—and I love it.

COMMERCIAL SUCCESS:  The album reached No.14 on the United States Billboard Top 100 and enjoyed even more success around the world—reaching number-two in Canada, New Zealand and France while peaking at three on Sweden and Norwegian charts.  “Do You Really Want To Hurt Me” and “Time (Clock of my Heart)” were both monster singles, each reaching number-two on the Billboard Hot 100. “I’ll Tumble 4 Ya” was the group’s third top 10 hit from the album, peaking at nine.

FUN FACT:  Courtesy of Songfacts.com on their hit single “Do You Really Want To Hurt Me:  “This was Culture Club’s first single released in the United States. It was a huge and unlikely hit for the British band, who embarked on an American tour in 1983 to gain traction in that country. The song crossed over to Adult Contemporary radio, where most listeners had no idea the lead singer dressed like a girl. MTV, whose library was mostly British bands when they launched, had acclimated their US audience to guys in makeup, so Culture Club wasn’t so shocking on the channel and the group developed a huge audience of young people who liked the sound and the look.