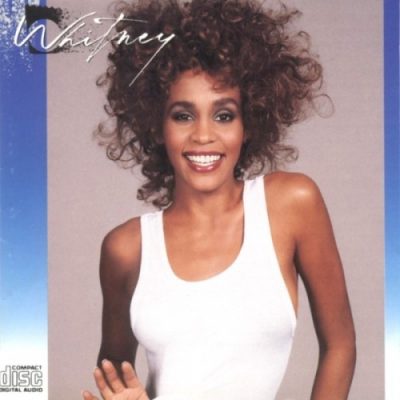 Notable Tracks: “I Wanna Dance With Somebody (Who Loves Me)”, “Didn’t We Almost Have it All”, “So Emotional”, “Where Do Broken Hearts Go”, “Love Will Save The Day”, “I Know Him So Well”

Album MVP: “I Wanna Dance With Somebody”

Why I Loved It: If she hadn’t become already, this album established Houston as the decade’s biggest female pop music star, and yes I am including Madonna and literally anyone else. Madonna has had a bigger impact on the world stage musically over a longer period of time, but no one dominated the 80’s like Houston did.

It feels to me almost criminally negligent that for so many music fans, especially the younger ones that when it comes to Whitney people better remember the tension-filled marriage to Bobby Brown, her drug use and subsequent downward spiral both personally and professionally, her feeble attempts to reinvigorate her career and tragic untimely death were front and center for the world to see.

In her youth/prime she was a fuckin’ dynamo and the undisputed queen of pop music. This album was great and I thought it captured her passionate soul with that synth/pop sound that was so dominant in the 80s.  Whitney and her team knew exactly what they were doing in the studio. “I Wanna Dance With Somebody (Who Loves Me)” is a singalong anthem for the ages, both yesterday and today.  Don’t believe me? Go to a busy drinking establishment, put a buck in the jukebox, play this song and watch what ensues. By the way, this song came in at No. 41 on my Favorite 100 Songs of the 80’s countdown earlier this year. “Didn’t We Almost Have It All” is one of my favorite slow jams of the era. I mean, when she gets to those climatic glory notes, wow.  “Where Do Broken Hearts Go” is amazing as well.  God, I loved this album and I miss Whitney Houston greatly. I wish her life would’ve turned out differently.

Commercial Success: Nothing was going to surpass his debut studio album from two years prior critically, but her sophomore effort was also a smashing success. Not only did it debut at number-one on the Billboard Top 200 but would remain on top for 11 consecutive weeks.  In doing so Houston became the first female solo artist to have an album hit the top spot on Billboard the first week it was released.  She also set a record by becoming the first female artist to have her first four singles from an album all reach number-one on the Billboard Hot 100; “I Wanna Dance With Somebody (Who Loves Me)”, “Didn’t We Almost Have it All”, “So Emotional” and “Where Do Broken Hearts Go.”  On the year-end charts “I Wanna Dance With Somebody (Who Loves Me)” finished fourth while “So Emotional” came in at six.  For her efforts on this album Houston received many nominations during awards season, including three Grammy nominations and a win for Best Pop Vocal Performance, Female.  In total this album has sold more than 20 million copies worldwide.  Just absolutely incredible.

Fun Fact: Courtesy of Billboard.com: Almost no woman led the Billboard 200 albums chart quite like Houston. The Houston-led soundtrack to “The Bodyguard” stands as the second-longest-reigning album by a woman in the history of the survey.

Houston is the only woman to have tallied reigns of more than 10 weeks with multiple albums. While no other woman has more than one such set, Houston had three: “The Bodyguard” (20 weeks), “Whitney Houston”(14) and “Whitney” (11).