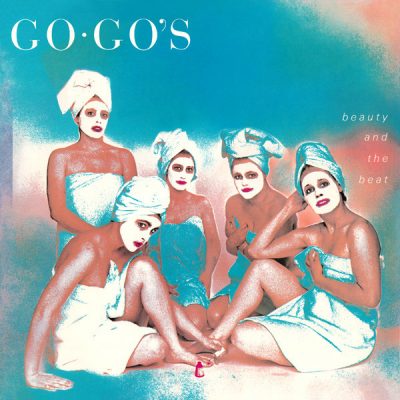 NOTABLE TRACKS “We Got The Beat”, “Our Lips Are Sealed”, “How Much More”

ALBUM MVP: “We Got The Beat”

WHY I LOVED IT:  I remember this album dropping when I was 10 years old and to my knowledge, the first album I can remember by an all-female band.  I’m sure if I did the research there were others before, but we’re talking my recollection here, not Google.  “Beauty and the Beat” is early 80’s pop music at its optimum and a vastly underrated debut album.  “We Got The Beat” is about as commercial as it gets and I was unapologetically obsessed with it.  If I only had a dollar each time I’ve ever played the drums with my hands on the kitchen table to that…..  Don’t sleep on less heralded tracks like “Tonite”, “Lust To Love” and “This Town” either”.  They are solid, albeit slightly darker tracks.

COMMERCIAL SUCCESS:  Hate on it if you want but few albums enjoyed more success in 1982 than this, in fact literally there was just one.  Beauty and the Beat climbed all the way to number-one on the Billboard Top 200 albums and remained there for a stunning six weeks.  It finished ’82 second on the year-end album charts and remains one of the best debut selling albums of all-time. All this despite only two hit singles from it— “We Got the Beat” peaked at number-two on the Billboard Hot 100 while “Our Lips Are Sealed” maxed out at No. 20.

FUN FACT:  I decided to do some research after all. Indeed, the Go Go’s are the first all-female band to play their own instruments, write their own songs and land on a number-one album on Billboard.   Also, in an interview with Songfacts, Go Go’s guitarist Jane Weidlin revealed that “Our Lips Our Sealed” referenced a secret love affair.

“In 1980 we were playing at The Whisky on Sunset Strip, and The Specials were in town from England, and they came to see us, and they really liked us and asked us if we would be their opening act on their tour. I met Terry Hall, the singer of The Specials, and ended up having kind of a romance,” she said. “He sent me the lyrics to ‘Our Lips Are Sealed’ later in the mail, and it was kind of about our relationship, because he had a girlfriend at home and all this other stuff. So it was all very dramatic. I really liked the lyrics, so I finished the lyrics and wrote the music to it, and the rest is history.”