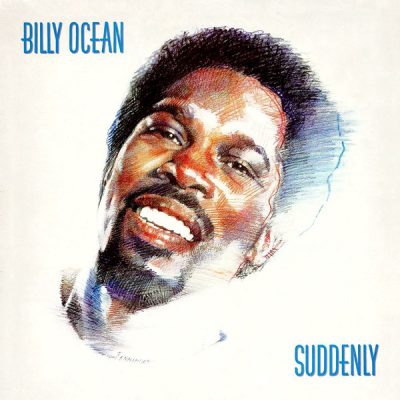 WHY I LOVED IT:  There’s a handful of songs from the 80’s I love so much you could literally have the same track on an album a dozen times, call it an album and I’d sit here lauding it.  If you think I’m exaggerating my obsession with “Caribbean Queen”, check it out coming in at No. 5 on my Favorite 100 Songs of the 80’s countdown earlier this year, writing “There’s many things about Caribbean Queen I’ve always enjoyed, but what I always loved most is the record doesn’t try to be anything more than what it is.  For me, it’s simply a delightful blend of pop and soul. I’ve written this a time or two throughout this countdown and it’s worth reiterating —not every track needs to carry a meaningful, thought-provoking memorandum for the masses to be a celebratory track.  Sometimes it’s cool to just take 3 minutes and 15 seconds from the burdens of life and have a foolishly good time with a song like this.”  I can’t say I was a huge fan of “Loverboy” yet couldn’t not sing along when it played on the radio. “Suddenly” is a sneakily underrated slow ballad that was an Ocean co-favorite of mine, right along with “Love Is Forever” (not on this album).   For me this was a three track album but the strength of those three were unrivaled by few in the 80s.

COMMERCIAL SUCCESS:  Ocean had been around making a name for himself around the world years before his fifth studio album was released, but “Suddenly” became his first album to become a hit in the United States, selling more than two million copies in the United States and reaching nine on the Billboard Top 200.

Of course that’s largely because of the success of his breakthrough single “Caribbean Queen”, which not only reached number-one on the Billboard Hot 100 but won him a Grammy for Best Male R&B Vocal Performance.

FUN FACTS:  Via The Guardian, here’s Ocean himself describing his upbringing:

“My family lived in Trinidad until I was 10. There wasn’t a lot of money, or a lot of food, or a lot of anything really. That’s why they came to England – they were taking immigrants to do menial tasks, the things the English weren’t too keen to do. For us, it was a chance.

My father was a calypso singer – a calypsonian, we call them. He wasn’t very successful, but he inspired me to take it on. My mother used to sing as well – in that environment, where you didn’t have much entertainment, we made our own. A lot of it came from going to church – my father was a Baptist.

The community in the Caribbean almost brought up the kids – it was like an extended family. Things were shared, and everyone looked after each other’s kids. But in London, different wasn’t the word! We’d lived on the border of a cocoa plantation, with acres and acres of land, so to come to the East End of London, you never really understood what was going on: buildings, cars, mayhem and cold, smog, fog.”