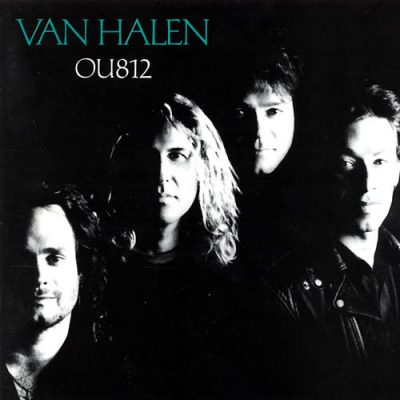 NOTABLE TRACKS “When It’s Love”, “Finish What You Started”, “Feels So Good”, “Black and Blue”

ALBUM MVP: “Finish What You Started”

WHY I LOVED IT: Many, including myself preferred David Lee Roth to Sammy Hagar but it’s undeniable Hagar’s vocals were on point with this late-80’s album.  Ou812 was a bit more mainstream than some of the group’s previous work as it treaded that pop-rock terrain but was still “hard” enough to appease the majority of their rabid fan base.  “When It’s Love” was the biggest single off the album but in my opinion “Finish What You Started” was the best tune—it’s signature Hagar right there.

FUN FACT: From AXS.com: “Eddie Van Halen is considered one of rock music’s greatest guitarists. However, he was not always the guitarist in the family, as Eddie played drums and his brother Alex played guitar. The two decided that Alex was better on the drums than Eddie, and while Eddie didn’t care about playing guitar, they switched anyway. Things seemed to work out well after they made the switch.”