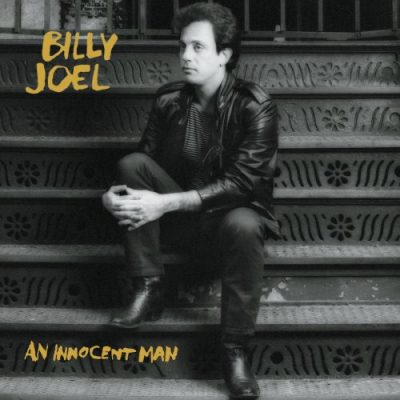 Notable Songs: “Tell Her About It”, “Uptown Girl”, “An Innocent Man”, “The Longest Time”, “Leave a Tender Moment Alone”, “Keeping the Faith”, “This Night”

Why I Loved It: I’m hoping I can sneak this selection past my wife, who is literally one of the biggest Billy Joel fans on earth and will call me an idiot for not having this higher.  Ironically this album cover of Joel sitting on steps at 142nd in New York City adorns the wine rack in our apartment—her doing.  Don’t believe me? 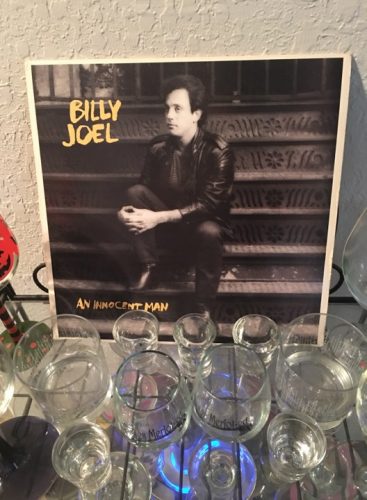 For me Joel’s music, as incredible as it was in the 70’s and very early 80’s sort of lacked one thing—- fun.  An Innocent Man, for the most part was a lot of fun with Joel homage to many different styles on it, ranging from soul, doo-wop and modern pop.  “Tell Her About It” and “Uptown Girl” (No. 95 on my Favorite Songs of the 80s countdown last year) are two doo-wop tributes I love most.  Til this day, the video for “Uptown Girl” is one of the coolest videos I’ve ever seen, featuring Christie Brinkley, who not long after became Joel’s wife. He was in love with Brinkley something fierce when he penned most  these tracks and you can hear it in his voice. Completely unrelated to a relationship with her, “An Innocent Man” is some of the best and deepest lyrics you’ll ever hear in a tune. This was a great album and while it didn’t have a single knockout track, it scored with a bunch of  jabs that would win most fights.

Commercial Success:  This was arguably Joel’s last great studio album and certainly one of his biggest successes commercially, selling more than seven million copies in the United States.  An Innocent Man peaked at number-four on the Billboard Top 200 and it’s staying power landed it at four on the 1984 year-end Billboard chart and also 67th in 1985. “Tell Her About It” was his lone Billboard Hot 100 number-one single on the album, spending one week at the top before Bonnie Tyler’s “Total Eclipse of the Heart” took over for four consecutive weeks. “Uptown Girl” reached number-three on the charts and one in Australia, because clearly Australia is way cooler. The title-track “An Innocent Man” was his third top 10 hit on the album, peaking at 10.   “The Longest Time” reached No. 14 on the Billboard Hot 100 while “Keeping the Faith” topped off at No. 18.  “Leave a Tender Moment Alone” climbed to No. 27, giving the album an incredible six top 40 singles. An Innocent Man was nominated for Album of the Year at the Grammys while “Uptown Girl” was nominated for Best Pop Vocal Performance, Male but Joel lost out to Michael Jackson both times.