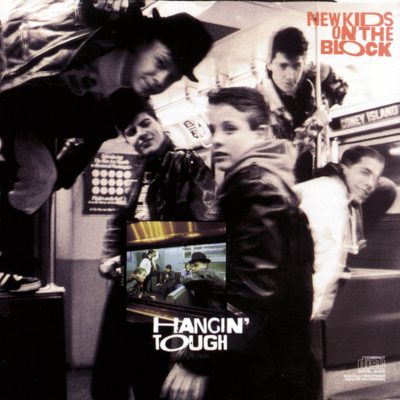 Why I Loved It: When I reflect back on the ‘80’s there’s a handful of memories I have that stand out more than others. Jordache jeans, Rubik’s Cube, MTV, the Brat Pack, feathered hair and big perms stand out.  Right there along with them were teenage girls losing their fuckin’ minds over New Kids on the Block.  Seriously, it was insane. I remember dating a few girls at the end of the 80’s and into the early 90’s when I was lucky enough to score a trip to their bedroom and the walls would be inundated with NKOTB pinups and posters.  Here’s the thing I was probably embarrassed to admit then but not any longer — I loved this album as well.  I mean, I wasn’t like “OMG that’s Joey!” when one of their videos came on TV but I was constantly banging out tracks from this cassette on my headphones.  “Please Don’t Go Girl” is one of my favorite group ballads ever.  Say what you want but KNOTB harmonies were impeccable. “I’ll Be Loving You (Forever)” was another of my favorites. Don’t be a hater.

I still think New Edition was the best boy band of the 80’s but you can’t deny that KNOTB sorta paved the way for N’Sync and the Backstreet Boys years later. This album was aweseome, man.  Don’t @ me.

Commercial Success:  Their second studio album far and away turned into their most successful. It soared all the way to number-one on the Billboard 200, supplanting Repeat Offender by Richard Marx and staying on top for two weeks before being replace by Milli Vanilli’s Girl You Know It’s True.  The Hangin’ Tough album has went on to sell more than eight million copies in the United States and 14 million worldwide.  Off it came five singles to crack to the top 10, including a pair of number-ones on the Billboard Hot 100 with “I’ll Be Loving You (Forever)” and “Hangin’ Tough.” Narrowly missing the top spot was “Cover Girl”, which settled for peaking at number-two while “You Got It (The Right Stuff) climbed as high as three.  “Please Don’t Go Girl” was the fifth single to hit the top 10 of the Billboard Hot 100.  In doing so New Kids on the Block became the first all-teen act to have five top 10 hits.

Fun Facts: Here’s a few facts via the Hollywood Reporter about the group; facts from their biography that was released in 2012.

The recording for the  group’s second album was done in a makeshift studio in (producer Maurice) Starr’s perennially under-construction home. The temporary studio had no vocal room, and there was plastic on the windows to try to drown out the sounds from outside. “If you solo the tracks on Hangin’ Tough,” says Jordan Knight, “you’ll hear babies crying, you’ll hear sirens, you’ll hear a lotta stuff in the background.”

“We literally set out to do a song that could be a theme song for the Celtics,” Mark Wahlberg says. “That was the idea: blatantly trying to sound like Queen’s ‘We Will Rock You.’

Future actress/singer/American Idol judge Jennifer Lopez — a then-unknown backup dancer — performed with NKOTB at the 1991’s American Music Awards. The performance marked a departure from the prevous year’s AMAs — where the group believed they had played it too “safe” — with an “in-your-face” version of the remixed “Games.”