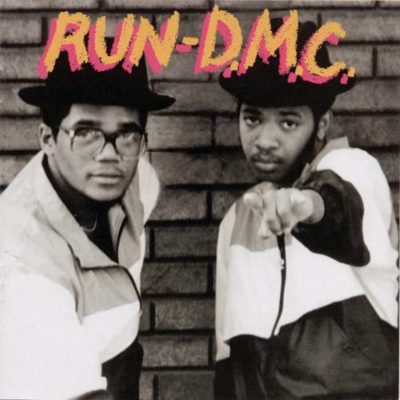 Why I Loved It: I feel like Run DMC is perhaps rap music’s biggest crowning achievement of all-time. From their start with this debut studio album lasting until this very day they’re still unmistakably an influence for rap artists everywhere, as they should be.  In music the term “aged well” is thrown a lot a bit too loosely for my liking, but Run DMC has truly been timeless.  I have a 14-year old son who’s a fan of hip hop but didn’t know RUN DMC.

I told him in no uncertain form that no one can seriously call themselves an authentic fan of  Hip-Hop until you know this album inside out.

“It’s Like That”, “Jam Master Jay”, “Sucker MC’s” and “Rock Box” are staples of rap music. I don’t know what more I can tell you about this group and their debut album in particular – it’s simply that good.

Commercial Success: The debut album for Run DMC had moderate commercial success at a time where rap music hadn’t really embedded popular music mainstream.  It peaked at No. 53 on the Billboard Top 200 and No. 14 on the U.S. Billboard Top R&B/Hip Hop Albums.  “Hard Times” was the most successful single commercially, hitting No. 11 on the U.S. R&B charts.  “It’s Like That” made it to No.15 on the same chart while “30 Days” hit 16 and “Hollis Crew” maxed out at No. 65.  “Rock Box” made an appearance on the U.S. Dance Charts at No. 26.  Rolling Stone ranked this No. 51 on their list of the 100 Greatest Albums of the 80s and ultimately 242 on their list of the 500 Greatest Albums of All-Time.

Fun Facts:  AllMusic.com reviewed this album and Run-DMC, likening them to the rap version of the Beatles.  They wrote:  “Run-DMC were the Beatles of rap because they signaled a cultural and musical change for the music, ushering it into its accepted form; neither group originated the music, but they gave it the shape known today. But, no matter how true and useful the comparison is, it is also a little misleading, because it implies that Run-D.M.C. also were a melodic, accessible group, bringing in elements from all different strands of popular music. No, Run-D.M.C.’s expanded their music by making it tough and spare, primarily by adapting the sound and attitude of hard rock to hip-hop. Prior to this, rap felt like a block party — the beats were funky and elastic, all about the groove.”