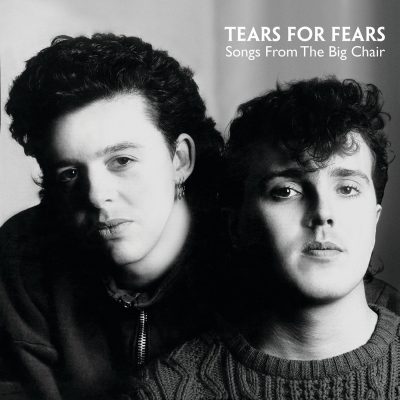 Album MVP: “Everybody Wants To Rule The World”

Why I Loved It:  “Songs from the Big Chair” tip-toed the line connecting 80’s candy pop manufactured commercial and progressive pop that felt distinctive and new, while pulling from fundamentals of each side.

One of my favorite things about this album is that I think it’s aged incredibly well.  Songs I liked in the mid-80’s I’ve never tired of in more modern times. In fact, It’s conceivable I look forward to hearing “Everybody Wants To Rule The World” pop somewhere today more than I did in ’85.

By the way, that single came in at No. 42 on my Favorite 100 Songs of the 80’s countdown earlier this year. Of course, “Shout” became one of those unofficial anthems where it was mandatory to sing along. If you didn’t ‘shout, shout and let it all out’ odds are you probably were an asshole back in the day.  I don’t really like anything else Tears for Fears released before or after, but I loved the shit out of this album.

Fun Facts: From Songfacts.com regarding “Everybody Wants To Rule The World”: This song is about the quest for power, and how it can have unfortunate consequences. In an interview with Mix magazine, the band’s producer Chris Hughes explained that they spent months working on “Shout,” and near the end of the sessions, Roland Orzabal came into the studio and played two simple chords on his acoustic guitar, which became the basis for the song. Said Hughes: “‘Everybody Wants to Rule the World’ was so simple and went down so quickly, it was effortless, really. In fact, as a piece of recording history, it’s bland as hell.”

“Everybody Wants To Rule The World” is a line from the 1980 Clash song “Charlie Don’t Surf.” Did Tears for Fears lift it? Joe Strummer of The Clash thought so. He recounted a story to Musician magazine about confronting Roland Orzabal in a restaurant, informing Orzabal that “you owe me a fiver.” Stummer said that Roland reached in his pocket and produced a five pound note, ostensibly as compensation for poaching the line for his hit title.