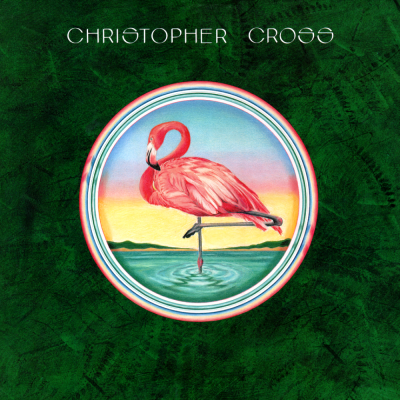 Notable Songs: “Sailing”, “Ride Like The Wind”, “Never Be The Same”

Why I Loved It: This album was released at the end of December 1979 but didn’t have a single off it until 1980, so this is being rightfully categorized as an 80’s album. Get over it if you don’t like it.  This is one of the best soft rock/yacht rock albums of all the times, man. “Sailing” is the Christopher Cross crowning achievement (No. 37 on my Favorite 100 Songs of the 80s countdown last year.) and a leading jam of the Yacht Rock era.  As I wrote in my review of the song, what could possibly define Yacht Rock better than a song about freegin’ Sailing? “Ride Like The Wing” and “Never Feel The Same” were amazing singles that never get their just due because they’re so overshadowed by “Sailing.”

Fun Facts: From Songfacts.com on “Ride Like The Wind”: “This soft rock classic tells the story of a condemned man on the run to Mexico. The storyline is one not often heard on Adult Contemporary radio, but the precise instrumentation and soaring background vocals, which were provided by Michael McDonald, helped make the song a big hit.

What you probably didn’t know about the song: Christopher Cross was on acid when he wrote the lyrics. “We were living in Houston at the time, and on the way down to Austin to record the songs, it was just a beautiful Texas day,” he told us. “I took acid. So I wrote the words on the way down from Houston to Austin on acid.”

Speaking about his inspiration for the outlaw theme in this song, Cross told us: “I grew up with a lot of cowboy movies. Serials and stuff, like The Lone Ranger and these cowboy serials where they were always chasing the bad guy. And I lived in San Antonio near Mexico, so there was always this anarchistic allure about if you could get to Mexico, you could escape the authority. Also, Mexico was a place where you could go down there and drink and do all this debauchery that as a kid, you think sounds really cool. So getting to the border in Mexico was a fascinating thing to me.”