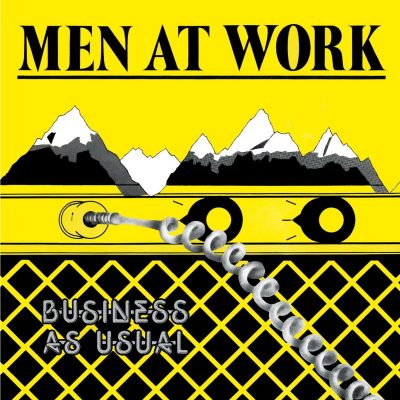 Notable Songs: “Who Can It Be Now”, “Down Under”, “Be Good Johnny”, “Underground”

Album MVP: “Who Can It Be Now”

Why I Loved It: If this was literally just a two track album I’d still be raving about it. That’s how much I enjoyed “Who Can it Be Now” and “Down Under” in the early 80s. They are two of the most pleasingly dumb songs that have ever been written as far as I’m concerned. I’m unapologetic over how much I like “stupid’ 80’s songs and when questioned I’ll refer to Men at Work every time as evidence that the 80’s was so cheesy and wonderful. “Who Can It Be Now” came in at No. 24 on my Favorite 100 Songs of the 80’s countdown earlier this year. “Be Good Johnny” and to a lesser extent “I Can See It in Your Eyes” and “Down by the Sea” are fun as can be new wave pop tunes that didn’t garner much attention.

People don’t talk about Men at Work being a staple of the 80’s and rightfully so because they didn’t stick around the mainstream long, but this album was one of the decade’s very finest.

Hay told us about composing the song: “It’s a very important song for me. It always felt like a strong song, right from the start. Originally, the idea came from a little bass riff that Ron Strykert, the guitar player for Men at Work, had recorded on a little home cassette demo. It was just a little bass riff with some percussion that he played on bottles which were filled with water to varying degrees to get different notes. It was a very intriguing little groove. I really loved it, it had a real trance-like quality to it. I used to listen to it in the car all the time. When I was driving along one day in Melbourne, the chords popped out and a couple of days later I wrote the verses.”