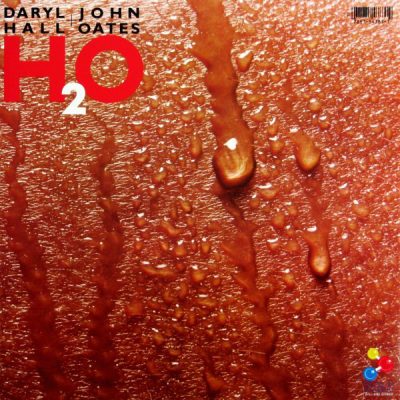 Notable Songs: “Maneater”, “Family Man”, “One on One”, “Italian Girls”

Why I Loved It: Hall and Oates had already been around for years making glorious music that embarked them on a future Hall of Fame of career. In fact, this was actually their 11th studio album but for me as an 11-year old, H20 was my first true taste of the iconic music duo. From that point on I couldn’t enough of their music and to this day with a hand to God—there’s very few things that I more fondly reminisce the 80’s about more than Hall and Oates.  H2O is a wonderful album chock-full of prevailing pop songs blended with soulful melodies, suave production and that perfect amount of 80s cheese. “Maneater” was one of my favorite songs from the decade. No, literally it was No. 46 on my Favorite 100 Songs from the 80s countdown last year. John Oates claimed the song is about New York City during that time, saying “It’s about greed, avarice, and spoiled riches. But we have it in the setting of a girl because it’s more relatable. It’s something that people can understand. That’s what we do all of the time.” I was a bit (actually much) too young when it came out, but “One on One” always sounded like a good sex song to me while “Family Man” struck a far more serious tone.

Many may not agree but I don’t really care. H20 is one of the 80’s better masterpieces in pop music.

Fun Facts: In a Songfacts.com interview with John Oates, he said that a lot of people assume he was “born with a mustache singing ‘Maneater.'”  Via Songfacts, “He had a wide variety of influences. Said Oates: “I started playing guitar at 5 years old. By the time I met Daryl at 19, I was playing for what, 14 years? So during that 14-year period, a lot of stuff happened. Fourteen years is a whole lifetime for a lot of musicians. I played in bands, I played solo folk and folk blues and coffee houses, I played in blues bands, played in R&B bands, all sorts of things.”

Oates went through a rough divorce in the late ’80s where he lost a good chunk of his fortune. Shaving his famous mustache was symbolic of leaving his past behind: he moved out of New York, sold all his stuff, and moved to Aspen, Colorado, where he got his life back together.”