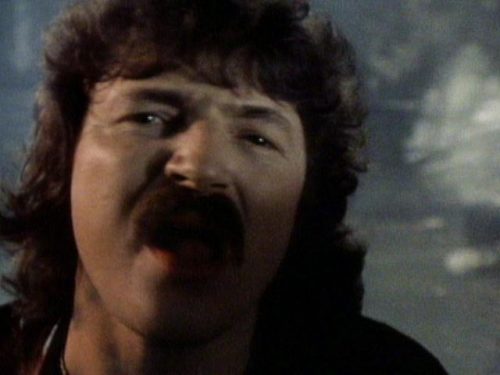 Never did a song make me wish I had girlfriend with a specific first name solely so I can play a song for her more than Toto’s “Rosanna” in `1982.  Unfortunately I struck out in the girlfriend department during those days seeing I was 11, and in hindsight I’m not confident I even knew a girl in my age realm named Rosanna.

If you’re a fan of Rosanna and maybe even if you’re not it’s well known the song was written for actress Rosanna Arquette.  As the story goes Arquette was dating Toto keyboardist Steve Pocaro at the time, ironic considering the song was actually written by band member David Paich and sung by lead vocalist Bobby Kimball.  Confused yet?

For the record—the song did nothing to secure Pocaro and Arquette’s long-term future. Arquette broke up with Pocaro not long after Rosanna was released. What a vixen!

I hope it wasn’t because she didn’t like the song, because her taste in music is deplorable if so.  Rosanna went on to win the Grammy for Record of the Year in 1983 and based largely on Rosanna the group also won Album of the Year for Toto IV.

Easily one of the best power ballads of the decade. If you don’t agree please stop reading—forever.

Chart Success: Rosanna didn’t quite reach the top of the Billboard Hot 100, peaking at number two.  It did remain on the charts for 23 weeks and finished 1982 ranked 14th on the year-end Billboard Hot 100.

Great Lyrics: I would’ve done anything to be able and hit those glory notes like Kimball so effortlessly did.

“I can see your face still shining through the window on the other side
Rosanna, Rosanna
I didn’t know that a girl like you could make me feel so sad, Rosanna
All I want to tell you is now you’ll never ever have to compromise
Rosanna, Rosanna”

Fun Fact: True Toto and more specifically, Rosanna fans will know Patrick Swayze was in the music video, well before he became one of the world’s most recognizable actors.  If you watch the video closely Swayze is one of Rosanna’s many suitors and wearing a red jacket.  Dirty Dancing fans will recognize the lady who played Rosanna in the video far easier.  It’s Cynthia Rhodes, who played Penny Johnson in the iconic 80s movie.