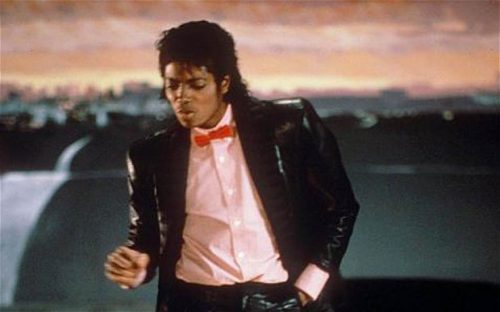 (Editor’s Note: This is the 100th and final post in my countdown, thus concluding a 100-day journey that honestly has been the most fun series I’ve written about. In a way I’m sad. I’m sure I’ll do future countdowns on MoranAlytics, but for me nothing will be more fun than reliving 80’s music)

When I decided months ago I would kick off my blog by running a countdown of my favorite songs of the 1980s, I was uncertain of many things. Over the course of a few days, I sat down and examined each year of this glorious decade— generating a spreadsheet and painstakingly ranking the tunes I liked. I wavered on many songs concerning placement or being on the countdown all together, and to truthfully I wasn’t sure how most my list would end up when finalized.

However, there’s one thing that was never in doubt.  From the instant I decided to embark on this countdown, Billie Jean was always going to represent as its number-one song.

Let’s knock the serious crap out first. Allegedly, the song isn’t a complete work of fiction. For Jackson this was a serious song with a serious message.  He penned it as a reaction to a woman stalking him who claimed the two had a son together.

Here’s another item that’s no laughing matter.  Jackson literally broke the color barrier with Billie Jean in regards to black artists getting their video seen on MTV.  This was the first video to appear in heavy rotation by a black singer and paved the way not only for his other videos but also talented black artists like Prince, Lionel Richie, Whitney Houston and countless others.

As for the song itself, in my opinion it’s always been Jackson’s crowning achievement. From the first notes of the unrivaled base line that accompanied the freshest beat I’d ever heard, nothing could touch this Jackson masterpiece.

Don’t even get me started on the Moonwalk he premiered at the Motown 25-Year Anniversary TV special.  Oh-My-Gawd.

I could go on rambling on a bunch of other things but I’d probably be telling you a bunch of shit you already know—or at least should.

It’s far and away the best song I heard in the 80s if not my lifetime. Billie Jean jump started Jackson’s meteoric rise to music immortality.

Chart Success: Billie Jean reached number-one on the Billboard Hot 100; his first of what would be a dozen No. 1 hits. It stayed at number-one for a mind blowing seven weeks before Come On Eileen by Dexys Midnite Runners took over. It spent 21 weeks total in the Top 40 and ended 1983 second on the year-end Billboard Hot 100, second to only Every Breath You Take by The Police.

Great Lyrics: From Songfacts.com: “While Jackson didn’t give many details about the real Billie Jean, his producer Quincy Jones said that Jackson found the woman one day lounging by his pool with a bathing suit and sunglasses on. According to Jones, she accused Jackson of being the father of one of her twins, which Jones thought was pretty funny.”

“She told me her name was Billie Jean, as she caused a scene
Then every head turned with eyes that dreamed of being the one
Who will dance on the floor in the round

Fun Facts: Is there really anyone who can say that Thriller isn’t the undisputed best album of all-time? Jackson had seven (!!!) Top 10 hits off that album including a pair of number ones—Billie Jean and Beat It (number six on my countdown). Rolling Stone ranked Billie Jean as Jackson’s best tune of all-time and had it 58th overall on its countdown of the 500 Greatest Songs ever.  VH-1 ranked it fourth on its list of best songs of the 80s.

Thanks for reading these last 100 days….. Stay tuned for more countdowns!