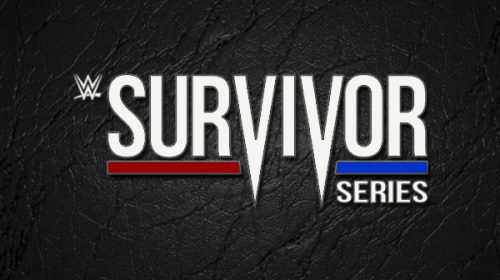 It’s that time of the year where the fourth and final of the WWE major Pay-Per-Views hits the air. Survivor Series comes this Sunday, November 19, live of course on the WWE Network. Between the kickoff show and actual card itself this is expected to be an event that lasts at least six hours.

Marketed as “the only time Raw and Smackdown go head-to-head”, this card is highlighted by a battle between the WWE and Universal champions along with traditional Survivor Series elimination matches on both the men’s and women’s side.

As a life-long wrestling fan I’m looking forward to the matches, although I think the whole Raw vs. Smackdown feud is stupid. The pride these guys take in representing their respective brands is pretty much meaningless considering within a year or less half or more of them will be rasslin’ on the other brand anyway.  But I digress.

Anyway, barring a last second change here’s  the full Survivor Series card along with my personal prediction for each.

Enzo Amore (champion) vs. Kalisto for the WWE Cruiserweight Championship

Due to the format of Survivor Series this is actually the only title match on the card, albeit taking place on the kickoff show. In my opinion it’s also one of the easier matches to predict. I don’t think Enzo can afford to drop the title a second time, as having two very short reigns would cement him as a cup of coffee champion, similar to Sasha Banks’ runs as Women’s champ.  Conversely I don’t think fans care about Kalisto nearly enough to put the strap back around his waist at this point.  I’m confident Enzo stays champ until 205 builds up a worthy new champion that can get over with the crowd (Drew Gulak anyone?) or a guy that defies gravity ultimately returns?  PREDICTION: Enzo Amore.

It’s all about momentum and I think Charlotte is going to ride it following her title win Tuesday against Natalya to launch her fifth WWE title reign. I love me some Alexa Bliss but I don’t think she’ll knock off Charlotte. Charlotte is surfing the poignant wave of her dad going from near-death to appearing back on TV along with the positive media coverage stemming from the ESPN 30 for 30 documentary brought to both father and daughter. You’ll see Carmella flirt with cashing in her Money in the Bank contract but ultimately it won’t happen.  That’ll be saved for another time and place. I suppose if WWE wanted ot throw a real twist into the wind they could have Carmella come out post-match ans cash in over a beaten Alexa Bliss.  Either way, Charlotte’s not losing Sunday.  PREDICTION: Charlotte Flair.

This may be the match fans care about the least — sad considering it can easily become the best match of the night. I also love this being the first-ever encounter between the teams.  Admittedly this was thrown together last minute as WWE rushed to get the straps back on Sheamus & Cesaro when they knew for sure Roman Reigns would be back in advance of Survivor Series. The Uso’s facing Dean Ambrose and Seth Rollins surely would’ve produced more noise but don’t let that take away from what’s certain to be an exceedingly entertaining bout. I got the Uso’s winning not only because it benefits them going forward but it ultimately keeps the final tally between Raw and Smackdown tighter. This a match Team Raw can afford to lose without it hurting their champs.  PREDICTION: The Uso’s.

Typically it’s difficult to tell how the crowd will react when two heels square off with each other, but in this case I think they stand dominantly behind the Miz. He’s been exceptional at continuously portraying Raw’s egocentric windbag and while against most superstars that results in fans hopeful of seeing his face get caved in, those same fans simply loathe Corbin.  Granted, winning would do more to instantaneously advance Corbin’s career than Miz’s but regardless, I think the Raw Intercontinental champ pulls this out, of course with some timely help from the Miztourage.  Don’t forget—it’s important for the Miz to remain perceived as a credible champ, particularly considering Brock Lesnar only actually defends the Universal championship about three times per year.  PREDICTION: The Miz.

The Shield vs. The New Day

This will be an entertaining match, quite possibly the show stealer of the night, but I don’t think there’s any doubt who the victors will be.  Win or lose the New Day’s legacy as an all-time great trio is already cemented.  While the same can obviously be said for the Shield, there’s no way WWE reunited them only to lose a six-man at Survivor Series in their first pay-per-view match back together.  The reunion tour probably has a shelf life of two months tops before Wrestlemania season where Vince builds towards another Roman Reigns vs. Brock Lesnar clash/formal passing of the torch, so enjoy the Shield while you can.  PREDICTION: The Shield.

WWE has been built up Asuka’s invincibility for far too long to have her shoulders pinned for the first time in a 10-person elimination tag match. She’s going to destroy errrrrbody.  The real mystery, literally is who the fifth Smackdown member will be. If it’s a returning Paige or Nikki Bella that makes things far more interesting and will result in the crowd totally marking out (myself included), especially if it’s Paige.  I feel very bad for Natalya if it’s her, as disappointed fans will unfairly shit all over it.  If the fifth member was going to be Natalya or even worse, Lana they could’ve just told us that on Tuesday. Regardless, I think Becky Lynch will be Smackdown’s biggest asset and last woman standing, but Asuka is ultimately going to run through everybody. She and Nia Jax are the survivors, possibly setting a much-anticipated Raw women’s program in the weeks to come.  Prediction: Team Raw

Since I have the Raw women winning and don’t think one brand sweeps both traditional Survivor Series matches, I need to find a way for Smackdown to come out on top here. I arrive with the match containing plenty of outside influence. I can easily eliminate Finn Balor, seeing creative allowed him to get massacred by Kane on Raw less than a month ago in singles competition. Speaking of the Big Red Machine, Kane undoubtedly comes out at some point to brawl with Braun Strowman to the rafters, back stage and parking lots, eliminating the Monster Among Men. Perhaps an irate and bitter Jason Jordan arrives to distract Kurt Angle and kick start his much-needed heel turn.  That leaves Joe and Triple-H for Raw. Joe’s star can hit meteoric levels by pinning two icons late in the match, Cena and Orton.  Seeing Kevin Owens and Sami Zayn have no role on the card they can cost Shane an opportunity to win and further their disgruntled angle. Roode will stick around for most eliminations before ultimately losing, leaving an underdog Nakamura against Joe and Trips.  Shinsuke eliminates Joe first and after HHH looks strong for an extended period, Nakamura hits his Kinshasa out of nowhere to pick up the stunning win. Admittedly this is wishful thinking, as knowing Vince McMahon it will probably come down to HHH against Shane McMahon with Trips nailing a pedigree and being the sole survivor. God, I hope not. Prediction: Team Smackdown.

This is one of those classic what the heart wants versus what it needs matches. I want Styles to knock off Lesnar with every fibre of my being. I simply don’t see it happening.  Lesnar matches this year have been borderline monotonous this year, to be honest and there’s no wrestler on earth more likely to bring out his best than Styles, who can carry anyone who steps in a ring. This was an advertised champion vs. champion match that was essentially a throwaway with Jindar Mahal representing Smackdown before fortunately WWE realized as such and hastily made A.J. champ. I think Styles shows a ton more offense than anyone expected and find himself on the cusp of a monumental upset before getting caught mid-air and Lesnar nailing a F5 for a victory. If Strowman couldn’t kick out of single F5, Styles sure as shit isn’t either. There’s no way Brock loses to anyone before Reigns at Wrestlemania. Prediction: Brock Lesnar.