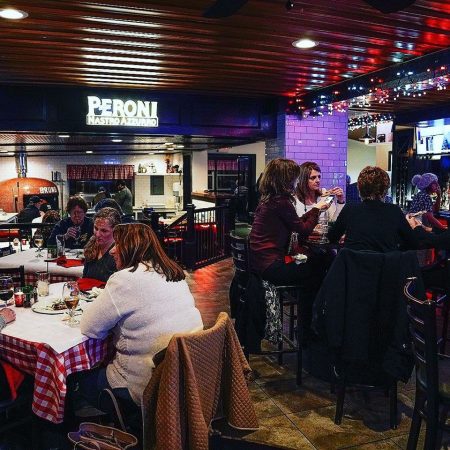 A bar/restaurant on Abbott Road in Lackawanna formerly known as The Press Box, I very much looked forward to having wings here.  The joint re-opened since I moved to Florida and the proprietors there also own Mulberry’s, a widely popular Italian restaurant.  Now, your boy’s always down to try chicken wings regardless of any back story, but my curiosity in this place was amplified after several friends who live in the area lauded their wings on Facebook.

Color me intrigued, baby.  So much so, in fact that upon coming up to Buffalo for this trip Sonny Red’s was, quite literally the first place I wanted to hit.  Sure enough the first chance I got we (as in my wife, son and in-laws) headed there for wings, only to find out they were not open on Mondays because of course they weren’t. Disappointed and also hungry enough to eat off my own face, we ended up going over a few buildings to the Night-Cappe—more on those wings another time.

Anyway, a couple of days later I ventured to Sonny Red’s.  For reinforcement I brought along my Pat with Pucks podcast segment co-pilot, Tone Pucks.

The place is still nice, just as it was when it as The Press Box, with it now more geared towards being a place to eat above drinking. I’m cool with that, there’s more than enough booze houses in Lackawanna trust me.  We got a table in the open air back and within a few minutes our waitress was there to take care of us.  Wanting to try more than one flavor, Pucks and I decided on both “Joe’s Chicken Wings”, which according to their menu were made famous by former Buffalo Bills center Eric Wood, and also some Chipotle BBQ because why the hell  not.

The wait for our food was significantly longer than it should’ve been to be honest, especially considering that it wasn’t particularly busy at all.  When the food came, I had the Chipotle BBQ first and for a lack of a better term, I thought they were lackluster.  They didn’t taste like anything, really.

Fortunately, I didn’t come to Sonny Red’s for Chipotle crap and merely treated them as appetizers.  The Joe’s Chicken Wings were the main event for me.  On the positive side, I thought the wing sauce was fantastically tasty.  It was enjoyably spicy in a “my head is getting moist eating this but not so spicy I need a fuckin’ towel for my head” kind of way. So, the sauce was solid and the size of the wings were as well. I wouldn’t call their wings jumbo but they don’t skimp out on their portions either.

I also asked for my wings to be saucy and NOT crispy (taboo for wing enthusiasts in Buffalo, I know) and will say they complied perfectly fine on the latter.

I have two criticisms of the food.  The first is pretty straightforward—As just mentioned, I asked for my wings to be saucy and they weren’t.  I don’t know if that’s the waitress or the cook metaphorically telling me to kiss their ass and they’ll give them to me how they see fit, but it  clearly made my wings less pleasurable.

My other issue and maybe I’m being picky here, is I think their presentation is over the top.  The chicken wings were decorated with basil and some other shit on them made to look fancy.  I temporarily forgot I were getting chicken wings and thought maybe instead I ordered Fettuccine Alfredo from Salvatore’s Garden Place Hotel. I don’t need or want that feel with chicken wings. I was waiting for a few guys in tuxes to come out and start playing the violins when the food was presented. Seriously, like what the hell is going on here?

Look, there should be nothing extravagant and ornamental about chicken wings. You cook the things until they’re just right, you add the appropriate quantity of  sauce, you slap those sons of bitches on a plate and call it a day.  Chicken wings are blue collar, man.  Don’t make them into a pussy corporate feast.

In complete fairness to Sonny Red’s, this isn’t just some watering hole/wing joint.  It offers a wide variety of food far more exquisite than chicken wings.  Still, I don’t give a shit.  Dummy down the presentation of your chicken wings—I shouldn’t have to feel underdressed eating wings in Buffalo Bills gear.

To summarize, the strength of the wings were them being cooked properly with robust tasting sauce.  My negatives were the unneeded presentation, not enough sauce for me to enjoy and through no fault of the restaurant, through the roof expectations because of friends.  Had I simply stumbled upon this place the surprise factor probably would have me feeling giddy that I discovered the potential of a new place.  Truth be told, had they been more charitable with the wing sauce I’d probably be singing a different tune. 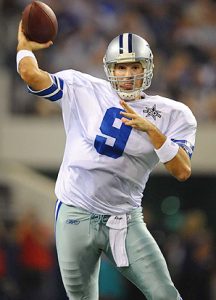 QB Comparison: To use my quarterback comparison, Sonny Red’s is the Tony Romo of chicken wings. They certainly look the part and showed hints of championship wings, but couldn’t quite follow through on the lofty, albeit perhaps unfair expectations. Despite my bitches the wings are quite good and worth your time and money. Also keep in my mind this a restaurant with tons of options and I don’t think they claim the wings to be their signature food item.

**UPDATE** This placed redeemed itself in the biggest way possible over the summer of 2019. My lone real complaint about Sonny Reds was a lack of sauce on the wings, and that certainly wasn’t the case my last few trips there.  I taped a podcast with Eric Wood there in August and enjoyed the wings so much that I brought in Joe Buscaglia from The Athletic for the same thing just a few days later.  The wings were incredible both times, so much so that were it not for a borderline disappointing experience my first time I’d have this place in my Top five. Earlier I used Tony Romo as the quarterback comparison. I’m sticking with that, but now I’m saying Tony Romo the CBS analyst, who’s as good as there is in the business.

RECORD IF SONNY RED’S PLAYED A FULL NFL SEASON: 12-4. If you’re looking for a worst-to-first Cinderella wing story, it’s this place.  The consistency that was missing for me early on here has been found and I can’t get to this place fast enough each time I’m back in Buffalo.