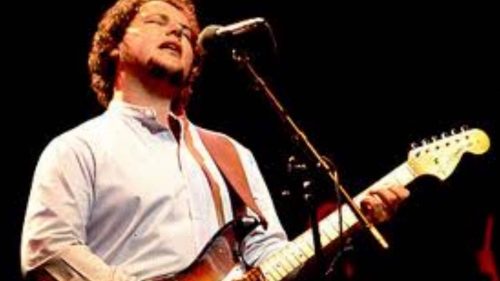 I’m well aware that soft rock doesn’t carry a lot of weight among hardened mainstream music lovers, but the charm and craftsmanship Christopher Cross brought to this record is undeniable. Laugh all you want but Cross was the Led Zepplin of soft rock and in turn, Sailing was his Stairway to Heaven.

In several interviews Cross has said he wrote the song about the memories he had sailing away with a buddy every summer in Texas. Seriously, it’s as simple as that. He once joked on the Howard Stern show that had he always went bowling as a kid they song would’ve been about bowling.

I’m not sure exactly how Cross became so huge on a mainstream level, but his voice and style perfectly fit that nonthreatening, cheery brand of soft rock that governed much of the airwaves during the late 70s/early 80s.

I’m also not exactly sure why I liked Cross and this song so much as a nine-year old. It’s not exactly an exciting tune by any stretch of the imagination.  I don’t have a good answer—I just remember the first time hearing Sailing (as a nine-year old) and my fandom for Cross was instantaneous.

This is the signature song of the aforementioned Yacht Rock genre. I mean, what song could possibly define Yacht Rock better than a song about freegin’ Sailing?!

Chart Success: Sailing reached the very top of the Billboard Hot 100 and was also number-one in Canada. In total it spent 21 weeks on the charts and finished 10th on the 1980 year-end Billboard Top 100.

Great Lyrics: Just r-e-l-a-x, close your eyes and envision yourself on that boat—sailing away to paradise. There you go, bud.

“Well, it’s not far down to paradise, at least it’s not for me
And if the wind is right you can sail away and find tranquility
Oh, the canvas can do miracles, just you wait and see.
Believe me.

It’s not far to never-never land, no reason to pretend
And if the wind is right you can find the joy of innocence again
Oh, the canvas can do miracles, just you wait and see.
Believe me.”

Fun Facts: Cross and his hit song utterly DOMINATED the 1981 Grammys. In a feat that hadn’t been done before nor since, Cross took home Record of the Year and Song of the Year for Sailing while he also captured Album of the Year and Best New Artist.