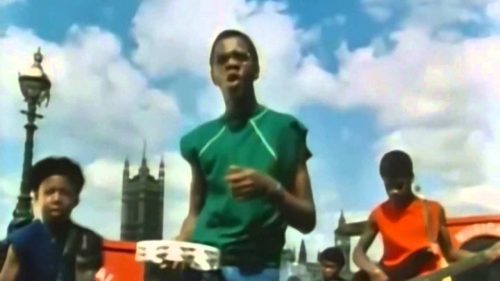 I guess “Pass The Dutchie” was my informal introduction to world of smoking the funny stuff.  At 11-years old I was hardly an expert on lyrical song meanings (nor am I now), but I strongly recall great debate on what this tune was really about.

The facts are that a “Dutchie” is a Jamaican cooking pot.  While in the realm of music that’s stupid and irrelevant, I later learned the term was subbed in for what was originally “Kutchie”, which’s indeed a pot containing weed.  As it turns out a group called The Mighty Diamonds originally recorded a song called “Pass The Kutchie” with a much lower beat and clearly about getting high.  The song was received with little fanfare.

Musical Youth, a group of kids between the ages of 11 and 16 were given the song with the lyric switched to “Dutchie” and a quicker tempo—and the rest was history.

There’s more to the song and how the group was ultimately screwed, but this is a countdown of my favorite 80’s tunes—not a VH-1 episode of Behind The Music.

I probably didn’t know a third of the lyrics, but I couldn’t stop mumbling along anyway.

How does it feel when you got no food?

Great Lyrics:  I’m not sure there’s a song in this countdown with lyrics that make less sense.  To me, that’s glorious.  #WhySoSerious

Fun Fact: Many don’t know this, but “Pass The Dutchie” was one of the more historical videos in pop culture history. It’s actually the first black act to be on MTV regularly, beating Michael Jackson’s “Billie Jean” by a few weeks (thanks Songfacts.com for this stat).