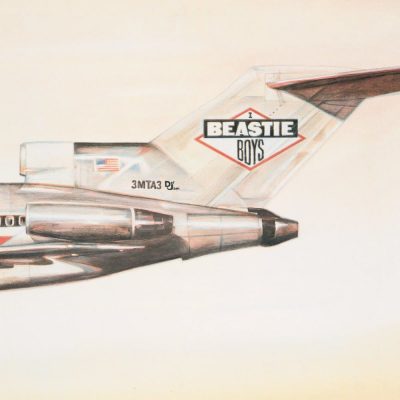 Album MVP: “No Sleep Til Brooklyn”

Why I Loved It: To refute how significant this Beastie Boys debut studio effort was to the music and culture of hip hop is unequivocally  poppycock. Where you think the Beastie Boys stand in the realm of all-time great rappers or rap crews is one thing, but their influence to the genre is simply undeniable. I mean literally, even if you loathe their music (translation: you’re a hater) you can’t reject their standing. However, effect on the culture by itself doesn’t make for an amazing album. What saved the Beastie Boys and more specifically Licensed to Ill from eventually falling into anonymity was their originality, something too many hip hop artists lacked back then and almost all day today. No one sounded like the Beastie Boys and many of the lyrics and tracks on this album made everyone want to party. For teenagers and young adults there’s worse things in the world, #amirite?   “No Sleep til Brooklyn” was some of the hardest shit and sickest beats I’ve ever heard in my life.  I’m giving so much love to the Beasties and they deserve it, but major props to Rick Rubin and the label he co-founded with Russell Simmons, Def Jam for this musical gift.  This was my first real test of rap and metal fused into one and I’ll never stop loving this classic.  Oddly enough, I didn’t remain a huge Beastie Boys fan.  In my opinion, one that I’m sure isn’t shared by the majority, they later became more serious-minded with their music and I think their music suffered. Again, I’m probably in the minority with that thought.

Commercial Success:  Before 1987, saying few rap acts ever hit the mainstream so successfully with their debut album would be doing the Beastie Boys a disservice, because the reality is NO ONE ever did like the three white boys from New York City.  Licensed to Ill became the first rap album ever, debut or not to reach the top of the Billboard Top 200. License to Ill ended Bon Jovi’s Slippery When Wet seven week run at the top of the charts and parked themselves at number-one for seven weeks of their own before finally getting supplanted by U2’s The Joshua Tree. It’s sold an astonishing 10 million copies in the United States alone. Seven tracks from this historic album were released as singles, with “You Gotta Fight For Your Right (to Party!)” being the most commercially successful, hitting number-seven on the Billboard Hot 100 and finishing’ 1987 on the year-end chart at No. 98.  “Brass Monkey” also charted on mainstream Billboard Hot 100, peaking at No. 48. “The New Style” got as high as No. 20 on the Billboard U.S. Dance Music chart while both “Hold it Now” and “Paul Revere” reached No. 41 on the same chart.  “No Sleep til Brooklyn” didn’t chart in American but reached No. 14 in the U.K.

Fun Facts: From Moshcam.com: “Yes Licensed To Ill was their debut record, but a year earlier the Beastie Boys were touring with Madonna, and there’s no way that slot would be filled by a no-name-punk-rap-group. Still, you might be thinking that it’s not quite a fitting match-up. And you’re right, it didn’t work. Madonna fans were bewildered by the pairing, and the trio spent most of the tour being heckled and booed off stage. Not that they cared, especially Ad-Rock who made out with Madonna in a backstage bathroom.

Licensed To Ill wasn’t the title they had in mind. In fact, the working album name was Don’t Be A Faggot. Needless to say, attitudes around homophobia were a lot different in the 80’s, and so were the Beastie Boys. Their outlooks changed over time, from converting to buddhism and producing protest and gender equality songs. With pressure from the record label, the band eventually landed on Licence To Ill – which was a pun on the James Bond film, License To Kill.”