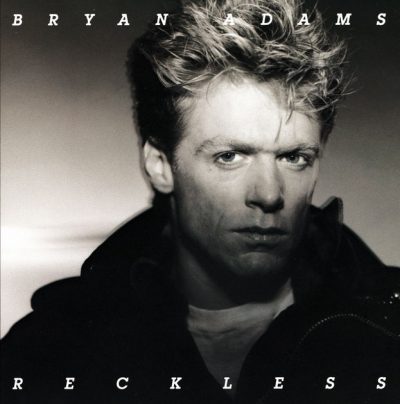 Why I Loved It: I put Adams on the same pedestal as Bruce Springsteen and John Cougar (Mellancamp—I hate typing that) as male 80s hit machine rockers. Adams had already made a name for himself in pop culture with his Cuts Like a Knife album the year prior but his star rose to a whole never level with Reckless in late ’84. I’m often discussing power ballads of the 80’s but for me “Heaven” is the end all/be all when it comes to them. If you’re wondering how strongly I feel about “Heaven” know that it came in at No. 8 on my Favorite 100 Songs of the 80s countdown last year, writing “I’m not naïve when it comes to Heaven.  It isn’t a brilliant display of lyrical penmanship by any stretch.  I know it ranks high in the department of pop ballad cheese, and I’m perfectly fine with that.  Heaven is a sound ballad with sufficient spine to prevent it from going lifeless.” As far as non-ballad solid rock songs of the 80’s goes it doesn’t get much better than “Run to You.”  Of course, “Summer of ‘69” may arguably be as popular today at bars and parties as it was some 33 years ago.  Adams’ legacy as a prominent 80’s star was solidified with Reckless, an album nearly impossible not to like.

Commercial Success: Believe it or not this album put Adams in the same category as Michael Jackson and Bruce Springsteen. How so you ask?  Reckless became just the third album ever (at the time) to produce six singles that made the top 15 on the Billboard Hot 100, joining Jackson’s Thriller and Springsteen’s Born in the USA.  Reckless supplanted Songs from the Big Chair by Tears for Fears atop the Billboard Top 200 and stayed there for two weeks before Dire Straits’ Brothers in Arms took over. “Heaven” was the album’s lone number-one song on the Billboard Hot 100 and finished 1985 ranked 24th on the year-end Billboard chart. “Summer of ‘69” reached five on the Billboard Hot 100 while “Run to You” fell one short at six (one on the Mainstream Rock charts.)  “Somebody” maxed out at No. 11 on the Billboard Hot 100 while “One Night Love Affair” hit No. 13 and “It’s Only Love” a duet with Tina Turner stalled at No. 15.  In total Reckless has sold more than 112 million copies worldwide, including five million in the United States.

Fun Facts: In an interview with Mentalfloss.com Adams didn’t mince words when admitting “Summer of ‘69” is a song about having sex—in the summer—in a precarious sexual position.

In the interview, Adams said “I think it’s timeless because it’s about making love in the summertime,” “There is a slight misconception it’s about a year, but it’s not. ’69’ has nothing to do about a year, it has to do with a sexual position … At the end of the song the lyric says that it’s ‘me and my baby in a 69.’ You’d have to be pretty thick in the ears if you couldn’t get that lyric.”

Originally, the song wasn’t even going to be called “Summer of ’69″—while writing it, Adams and co-writer Jim Vallance (who maintains the song was initially about nostalgia) had been calling it “Best Days of My Life.” But then, Adams ad-libbed that little “me and my baby” bit, and it stuck. “I’d done that as a joke, really,” he told Rolling Stone. “And then we thought it was catchy.”