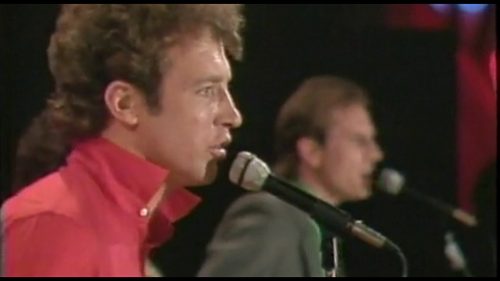 Before proceeding, there’s two myths surrounding this song and its artist I need of being dispelled, and I must give credit to Songfacts.com for pointing them out.  I’m sure some fans already knew but I’d bet mostdidn’t.

Firstly, neither Jenny nor the famous phone number accompanying her name were actually real. The tune, co-written by songwriter Alex Call has no real connection to a person named Jenny.

In an interview with the aforementioned Songfacts, Call said Jenny is merely imaginary and not based on any real-life experience.

“Despite all the mythology to the contrary, I actually just came up with the ‘Jenny,’ and the telephone number and the music and all that just sitting in my backyard,” Call said on Songfacts. “There was no Jenny. I don’t know where the number came from, I was just trying to write a 4-chord rock song and it just kind of came out. This was back in 1981 when I wrote it, and I had at the time a little squirrel-powered 4-track in this industrial yard in California, and I went up there and made a tape of it. I had the guitar lick, I had the name and number, but I didn’t know what the song was about. This buddy of mine, Jim Keller, who’s the co-writer, was the lead guitar player in Tommy Tutone. He stopped by that afternoon and he said, ‘Al, it’s a girl’s number on a bathroom wall,’ and we had a good laugh. I said, ‘That’s exactly right, that’s exactly what it is.”

The other myth is Tommy Tutone being an actual human. Not true.  Tommy Tutone is the name of the band.  It’s a group that was led by Tommy Heath and Jim Keller.

I was merely 11 when this song came out. One thing I vividly recall was in my neighborhood and surely the same around the world were prank calls galore to the number 867-5309 asking for a Jenny. I can’t imagine how many innocent people changed their phone number over the years because of this song.

Fictional females and unfortunate prank call victims aside, 867-5309/Jenny is an incredibly fun and catchy song with only a mild level of creepiness in the lyrics.

Sometimes you just need to enjoy a song for what it is and not overanalyze everything.   Take your hater glasses off, enjoy the riffs and sing along to one of the decade’s most catchiest and enjoyable tunes.  Hell, maybe even pick up your phone and prank 867-5309 again for old time sake.

Never before or since were a string of numbers so popular. I unapologetically loved it and still do.

Great Lyrics:  Let’s keep things real—this has to be some of the corniest lyrics in 80s pop music history.  Fortunately this genius of this song is exclusively the unforgettable, catchy chorus.

Fun Facts:  Part of the reason there was much mystery surrounding the validity of the lyrics is because for several years Tommy Tutone publicly lied.  They said in stories Jenny was a real person and that she owned a recording studio.  They also once fabricated a story that Jenny was a person Heath met at a bar and the phone number was that of her parents.  They later admitted the stories were falsehoods and they did it because doing so gained more media attention and made for a more compelling story for fans.