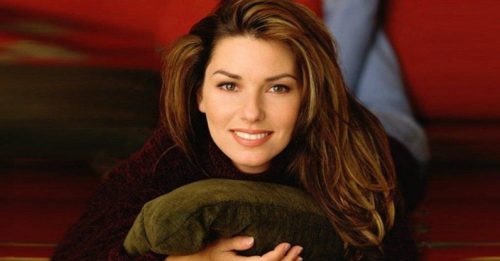 It’s worth throwing out there that I’m not a big fan of country music. I like a handful of songs and artists here and there, but you won’t see me sporting a cowboy hat and line dancing at a club unless plenty of alcohol is involved.

Having said that, who in their right mind didn’t like Shania Twain in the 90’s?  Not only was she implausibly hot but I grudgingly admit she was a great singer.  Many of her hits frankly made me nauseous hearing, overplayed to death tunes like “Any Man of Mine, “Honey I’m Home” and “That Don’t Impress Me Much” just to name a few.

However, I was defenseless in foiling “You’re Still The One” from hitting my heart strings.

This is one of the songs that broke the traditionalist country music lover’s back and started to propel the country/pop music takeover. It never reached number-one on Billboard but it did hit number-two and stayed there for a record nine weeks.

“You’re Still The One” went on to win the 1998 Grammy for both Best Female Country Vocal Performance and for Best Country Song.

If you listen, the lyrics speak of staying together and overcoming odds when people don’t think the love will last.  Unfortunately for Twain it became an ultimate irony.  She co-wrote the song with her husband, Matt Lange and roughly a decade after it was released the couple would divorce.

Like I said, copious amounts of Twain’s music left me irritable despite her pleasant vocal talents, but this ditty got lodged in my head like a bullet no one could get out. I’m glad it did.

I still really like this song.  There, I said it.