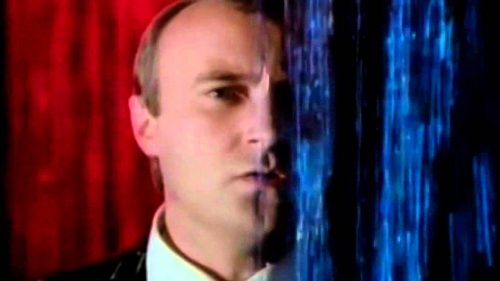 I’m just going to come out say it— Against All Odds (Take A Look At Me Now) by Phil Collins is my favorite sentimentally sad ballad of the 80s.  When I’m being kicked to the curb or just overall feeling like shit as it pertains to my relationship, it’s my undisputed go-to song for that moment.

My statement, while obviously laced in sarcasm can’t be understated enough. From the first time my ears heard it in 1984 and some 33 years later, I sense an emotional connection each time I listen in on Against All Odds.  For causes I can’t always clarify —sometimes because of something I’m going through but more often than not lyrics not personally relatable, it just doesn’t matter— it’s one of the few ballads of my lifetime that has the power to strike a chord with me every single time.

I also literally watched MTV around this time, literally waiting obsessively for the music video to this song to come on.

In a 2007 radio with This American Life (per Songfacts.com) Collins discussed the process of his timeless song and the unfortunate personal connection he had with it.

“That song was written during my first divorce. My first wife and the kids had gone and I was left there. The song was written out of experience as opposed to a ‘what if’ song. If that personal stuff had not happened to me at the time, I probably would never have made an album, and if I was to have made an album eventually, it probably would have been a jazz/rock thing. Without that stuff I wouldn’t have felt the stuff I felt sitting at a piano night after night, day after day writing stuff.”

This was the first of an impressive run of seven number-one hits in the 80’s for Collins as a solo artist.  He also reached the top with Another Day in Paradise, Two Hearts, Groovy Kind of Love, Sussudio, One More Night and Don’t Lose My Number. He also charted at the top with Invisible Touch with Genesis in ’86.  Phil Collins wasn’t playing around when it came to pop music smash hits.

As a teenager around the peak of Collins’ rise to solo fame, I absolutely recall (many) music fans growing drained by him.  It was hard not to—dude was always on the radio.  Phil Collins was inescapable. Count me among the masses sick of hearing and seeing him everywhere as well.

Having said that, for reasons already stated and just my overall respect for a record so unreservedly persuasive on an emotional level, I rate Against All Odds very high among my 80s favorites.

This song was later covered by bat-shit crazy Mariah Carey, which was literally the official butchering of an otherwise charming song.  She sucks and I hate her for covering it.

Chart Success: Against All Odds peaked at number-one on the Billboard Hot 100 and stayed there for three weeks before being knocked off by Lionel Richie’s Hello. It finished 1984 ranked fifth on the year-end Billboard Hot 100.

Great Lyrics: Going by these lyrics and Collins’ emotional state when performing this, it doesn’t feel like there was much laughter ever being shared.

“How can I just let you walk away
Just let you leave without a trace?
When I stand here taking every breath with you, ooh ooh
You’re the only one who really knew me at all

How can you just walk away from me
When all I can do is watch you leave?
‘Cause we’ve shared the laughter and the pain
And even shared the tears
You’re the only one who really knew me at all”

Fun Fact: This song was later covered by bat-shit crazy Mariah Carey in 1999, which was literally the official butchering of an otherwise charming song.  She sucks and I hate her for covering it.