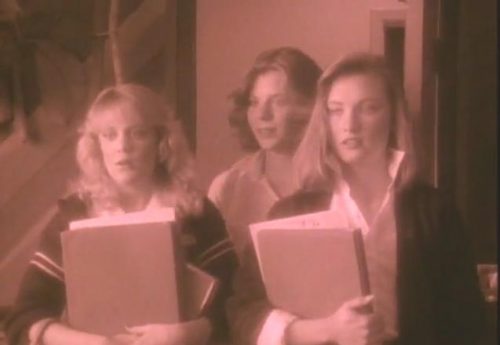 I never particularly wanted to like this song. There were rock power ballads here and there I appreciated from the 80s, but for the most part I was a pop/cheese guy.  Til this day I scarcely comprehend what this song is even about.  Still, I just couldn’t help but dig “Sister Christian”, a lot. Call it a guilty pleasure.

It features one of the more infectious sing-a-long choruses I recall.  Even if involuntarily, good luck not belting along to “Motoring…What’s your price for flight…In finding Mr. Right.”  Seriously, you can’t contain your inner rock star when it’s on.

As mentioned above, I never bothered to learn this song’s meaning and always assumed it was about Christianity, being “Sister Christian” as the song title.  Turns out the band’s drummer, Kelly Keagy wrote the song for his little sister, Christy after being awed by how fast she was growing up.  Band guitarist Jack Blades thought the words were Sister Christian instead of Sister Christy when they were playing it, so the lyrics stuck.

Meanwhile, Christy was “so mortified when the song came out that she nearly changed her name.”

Like much music from the 80s, a kick-ass video enhanced the appeal of the song. The video for “Sister Christian” presented a bunch of high school images, including hot blondes in cap and gowns, dudes in full football atire and a food fight that was reportedly impromptu.

Great Lyrics:  This is basically an anthem and not a tune filled with meaningful lyrics, so whatever—don’t be a hater.

Fun Fact: Many casual fans of the 80s think “Sister Christian” was a one-hit wonder for Night Ranger.  That’s not true.  “When You Close Your Eyes” was a hit off their “Midnight Madness” album that climbed to 14 on the Billboard Top 100.   “Sentimental Street” was a third chart hit, from their “Four in the Morning’ album.