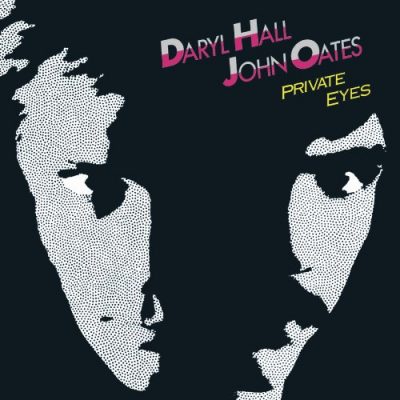 Why I Loved It: First, let me just say how much I love God damn Hall and Oates. This is their second album to hit the top 30 of this countdown, which H20 checking in just a few days ago.  Last year I ran a countdown of my Favorite 100 Songs of the 80’s and four tunes from the iconic duo made the cut, including two from this album. “Private Eyes” is my favorite Hall & Oates song ever (No. 27 on my countdown last year) and that’s saying a lot considering how much I enjoy the group’s incredible catalog. “Private Eyes” spent 23 weeks on the charts and is one of the most memorable songs not just from the 80’s but any era. As I wrote last year, good luck hearing this song around other people and not clapping upon prompts during the irresistible chorus. “I Can’t Go For That (No Can Do)” was No. 100 on that countdown and literally my biggest regret, because it should’ve been much higher. This beat was so dope Michael Jackson admitted lifting the bass for his monster hit “Billie Jean” and he wasn’t alone.  Countless hip hop acts have sampled the beat. “Did it in a Minute” was the third solid hit from this album and “Your Imagination” was a nice hidden gem. Private Eyes is truly the pinnacle of Hall & Oates and if you want your younger child to hear the definitive sound that was the 80’s, pop in this album.

Commercial Success:  This album would hit number-five on the Billboard Top 200, but would sell only around a million copies in the United States and is more fondly remembered for its success with three of its singles.  “Private Eyes” (the single) reached number-one on the Billboard Hot 100 in November 1981, overtaking “Arthur’s Theme (Best That You Can Do)” by Christopher Cross and spent two weeks on top before Olivia Newton John’s “Physical” took over.  Her song would spend an incredible 10 weeks at the top before ironically another Hall & Oates’ tune wrestled the spot back when “I Can’t Go For That (No Can Do)” became their second Billboard Hot 100 number-one from this album.  “Did it in a Minute” became the group’s third and final top 10 hit from the album, finishing 1982 ranked 66th on the year-end chart.